The India-sponsored Mahatma Gandhi Institute of Computer Education and Information Technology at the Phoenix Settlement was officially opened in October 2017 by then Minister of State for External Affairs Gen (rtd) V K Singh. 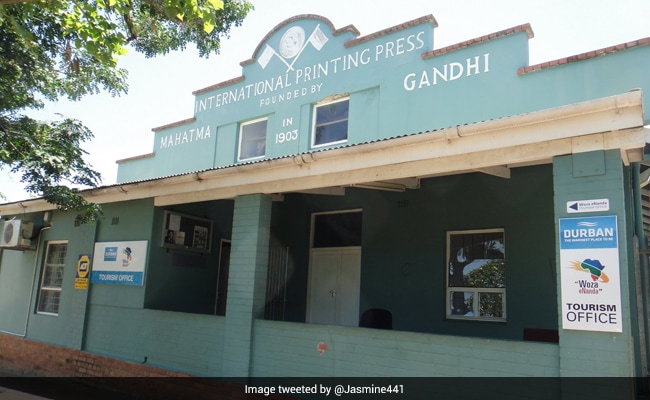 The Institute of Computer Education and Information Technology was cleaned out in a robbery recently.

South African students who relied on the computer training provided at low or no cost at an India-sponsored computer centre in Durban have been left destitute after the centre was cleaned out in a robbery recently.

The India-sponsored Mahatma Gandhi Institute of Computer Education and Information Technology at the Phoenix Settlement was officially opened in October 2017 by then Minister of State for External Affairs Gen (rtd) V K Singh.

However, it had had already started operations five months earlier, providing basic computer literacy training to members of the impoverished community surrounding the settlement.

The Phoenix Settlement was started in 1904 by Mahatma Gandhi, then a young lawyer. He also published the Indian Opinion newspaper from there.

The six armed suspects handcuffed a security guard before making off in the van that they had arrived in with 29 computers, including the 20 sponsored by the Indian government.

"Thankfully nobody was hurt, but it was the first robbery ever at the institute," said Kidar Ramgobin, a trustee of the Phoenix Settlement Trust and a great-grandson of the Mahatma.

"This centre provided computer education to the community of Bhambhayi. Students from distances also travelled to this institute to study because of its affordability and easier access rules, satisfying the needs of people who have never touched a computer," he added.

"It is sad for both the community benefitting from this service as well as for us who spent over half a million rand donated by the Government of India to build this facility.

"Sadly, the computers would serve little purpose to those who have taken them away but through their vandalism, they have now deprived the community of an important facility," Mr Ramgobin said, adding that more than 4,000 students had acquired certificates of completion, with many having secured jobs after that.

"Many of the students are from disadvantaged backgrounds and have not had access to computers. Since completing the basic computer literacy training course offered, a number of them have secured administration jobs or jobs at call centres," he said.

The institute is now trying to raise funds to get new computers and restart the classes as soon as possible.