An industry report in 2015 found that the market of organic products is growing by 25 to 30 per cent annually and it will become a market of Rs 9,000 crore in the next five years

With a robust supply chain, entrepreneurs are sourcing organic produce from farmers directly

New Delhi: Some 500 kilometres away from Delhi, in Talbehat block of Bundelkhand, Kamlesh Kushwaha and his brother Jagbhan have brought together 20 farmers who are growing fruit and vegetables without using chemical pesticides or fertiliser. And this has completely transformed their lives.

"We earn more than 25 to 30 thousand rupees a month, much better than the other farmers who are still practising chemical-based farming. We are saving enough money to keep our families happy, which was not the case earlier," says Kushwaha, who grows all products organically.

Agriculture is no more a burden for 65-year-old Naresh Sirohi and his son Dharmendra of Lohrara village in Bulandshahr district, who turned to organic farming four years ago. "We don't use any chemicals in our five-acre field and successfully grow everything from vegetables to pulses and paddy," says Mr Sirohi.

The Sirohi family is dependent on cow dung and cow urine for making zero-chemical fertiliser and various herbal preparations, which they mix with dry leaves and domestic waste to make manure.

"We only buy papaya and banana from the market. Everything else we have at home," says a gleaming Dharmendra who quit his job in retail marketing to help his father in the fields.  These home-made preparations have not only helped them increase their soil fertility and keep pests away from crops, but have also reduced their inputs costs and fetched better returns.

If these farmers are successful today, it is also because of budding social entrepreneurs such as Jyoti Awasthi, who started a chain of outlets called Satat Organics to sell organically grown food and other products. She buys such organically grown products from these farmers at their local retail rates and transports the goods through economically effective means like trains, thus setting up a low budget yet efficient system to provide safe food to urban populace in Ghaziabad and Noida in the National Capital Region. 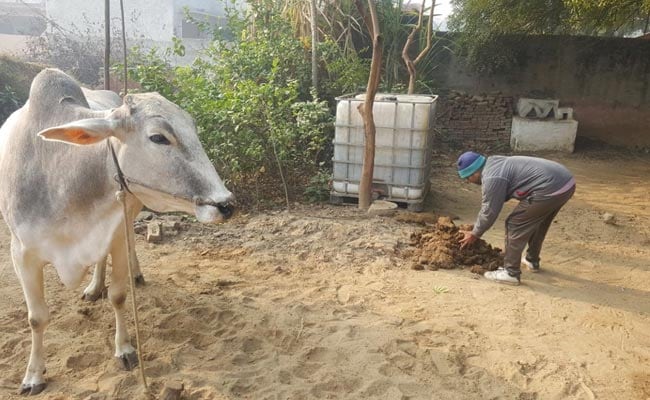 Fortunately, there are groups who are helping these farmers connect with like-minded social entrepreneurs

"We told farmers that you decide a fair price of your crop because you are the ones who are growing them. This encouraged the farmers to turn to organic farming which is actually very labour intensive," says Ms Awasthi.

"Yes, this is true that when we pay them good price of their produce the final product sold in the market is a little expensive. This is definitely a challenge, but we are winning the trust of customers," she says.

Like her, a young engineer-turned-entrepreneur Ganesh Chaudhary of Hyderabad has been able to expand his enterprise of organic products from Hyderabad to Katni in Madya Pradesh. He is making several cow-based products and today he is well networked with scores of farmers who are working in this organic supply chain with him.

"Earlier, I thought I alone can bring this change but gradually I realised that if more people join me, I will have more working hands as well as synergy. It makes me very happy to see the network of farmers growing. All are earning better and I have got so many helping hands," says Chaudhary, who is the founder of Arogya Sukh and sells his products under the brand name Being Desi.

Far away in Vidarbha, 25-year-old Bhavesh, an alumnus of Tata Institute of Social Science, is making efforts to bring a change in farmers' life by helping them take up sustainable zero-budget farming methods and growing diverse crops so as to earn better round the year. In fact, this is the same region which remains in the headlines for discouraging reports farmers suicide.

"When I got to know that both who consume and grow chemical products are suffering, I decided to train these farmers on sustainable methods of farming. Now they do not have to buy anything from the market. They get everything from their fields for manure and soil nutrients," says Bhavesh Wankhade Patil. 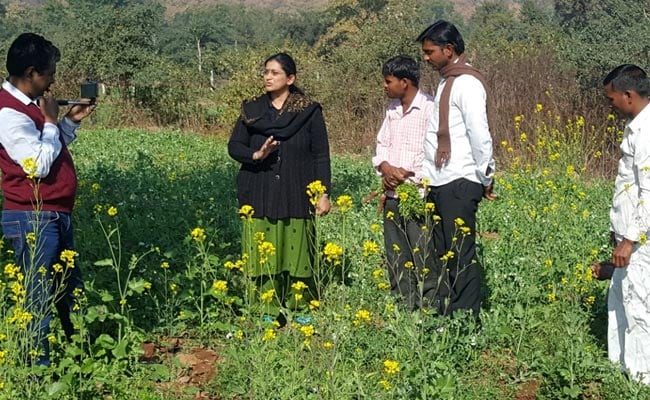 When farmers switch from chemical to organic farming, they face several challenges, the most critical ones are certification and financial viability.

However, when farmers switch from chemical to organic farming, they face several challenges, the most critical ones are certification and financial viability.

Fortunately, there are groups who are helping these farmers connect with like-minded social entrepreneurs.

Nivedita Varshneya, Country Director of a humanitarian agency, Welthungerhilfe (WHH), is running a campaign across several states in India with the name Bhoomi Ka that is helping farmers and social entrepreneurs connect with each other. The campaign also organises events to promote the message of eating safe and locally grown food; it supports smallholder farmers in their certification process too.

Promoted
Listen to the latest songs, only on JioSaavn.com
"When farmers switch from conventional to organic production, they require resources and time to detoxify the land, approximately three years. This is called the conversion period, and outgoing products from such land are called organic under conversion. During this phase, small farmers require support to sell their produce and minimise losses. This is where social entrepreneurs, government and non-profits are supporting and handholding," says Varshneya.

An industry report in 2015 found that the market of organic products is growing by 25 to 30 per cent annually and it will become a market of Rs 9,000 crore in the next five years. At a time when farmers all over the country are struggling from crop failure and burden of debt, such positive stories provide a sense of direction to both farmers and government alike.