Revenue Minister Chandrakant Patil also said Chief Minister Devendra Fadnavis was the "natural choice" of the people, the BJP and the Sena for the top post again. 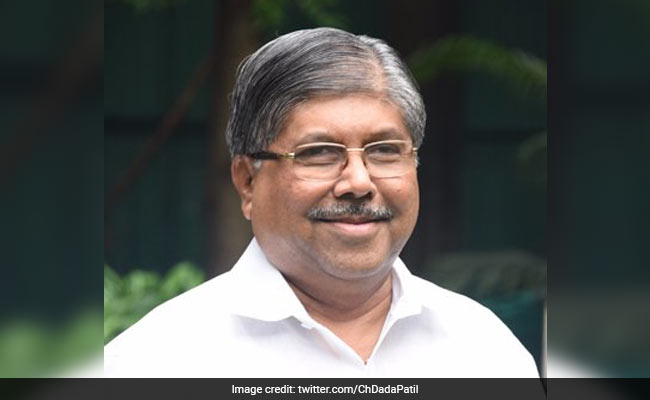 We have 122 sitting lawmakers and eight independents are supporting the BJP: Chandrakant Patil

Talking to reporters in the city on Saturday, Revenue Minister Chandrakant Patil also said Chief Minister Devendra Fadnavis was the "natural choice" of the people, the BJP and the Sena for the top post again.

He said the two parties would contest 135 seats each in the 288-member House, and leave 18 seats for other allies.

"Both Amit Shah and Chief Minister Devendra Fadnavis had given a word that BJP and Shiv Sena will fight the assembly polls together. Our party doesn't go back on its word," Mr Patil said.

"We have 122 sitting MLAs and eight independents are supporting the BJP, whereas the Shiv Sena has 63 sitting MLAs. We will get only five additional seats," he said.

Mr Fadnavis is the natural choice of the people, of the BJP as well as that of the Shiv Sena, he said, adding, the chief minister has balanced relations with Shiv Sena very well. "He has good equations with Uddhav Thackeray."

"When ''Saamana'' (Sena mouthpiece) wrote critical editorials, he would tell the party not to make their criticism public in the newspaper, but express it internally," Mr Patil said.

In the recently-concluded Lok Sabha polls, the saffron parties together won 41 of the 48 seats. While the BJP secured 23 of the 25 seats it contested, the Sena managed victory in 18 of the 23 seats it fought.

Assembly elections in Maharashtra is scheduled to be held between September and October this year.