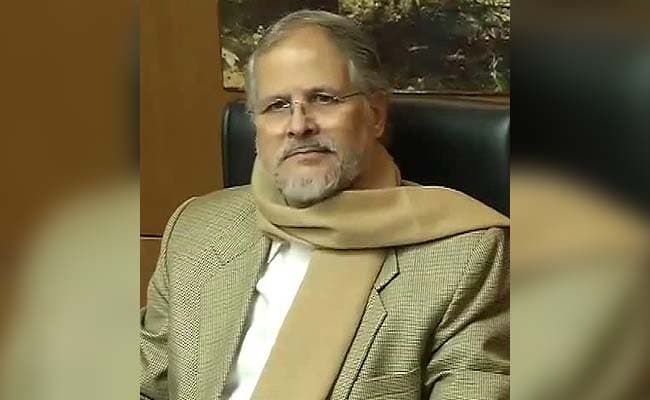 Najeeb Jung suggested that the government should discuss CAA, NRC with the opposition.

Najeeb Jung -- the former Lieutenant Governor of Delhi -- today suggested that the Centre needs to talk to the opposition regarding the Citizenship Amendment Act and the National Register of Citizens in view of the economic costs of the widespread protests. As a way of making the protests "go away, he also suggested that the Act, accused of making religion a test of citizenship, be revamped to make it "inclusive".

"How long will this protest go on? The economy is suffering, shops are closed, buses are not plying, losses are being incurred," Mr Jung -- the Lieutenant Governor till December 2016 --- was quoted as saying by news agency ANI.

"There should be talks. Then only will a solution come out. How will the solution come if we don't talk?" added Mr Jung, who for long was accused of being the Centre's man in Delhi by Chief Minister Arvind Kejriwal.

Going further, he added: "I feel that the Citizenship Amendment Act needs a revamp. They should either include Muslims or remove other names. Make it inclusive (and the) matter will get dismissed...  If PM calls these people and talks, the matter will get resolved."

His suggestion comes amid Prime Minister Narendra Modi's remark that there was no need for the government to engage with the opposition.

Speaking at the BJP headquarters today, where JP Nadda was confirmed as the new party chief," PM Modi said the opposition, after being "discarded by the people", had hit out at the BJP through a "web of lies".

"We have been elected with more numbers... this bunch opposed us, so why do we need to pay them any heed?" he said.

The government has made no attempt so far to engage the opposition, whom it accused of engineering the protests that have been sweeping the country since the citizenship law was passed last month. Much of these peaceful protests has been driven by the students, activists, artistes, celebrities and women, with political parties, including the Congress, taking only a fringe role.

Critics say the CAA , will be used to target Muslims when read along with the other controversial process, the National Registry of Citizens.

The government says it would help minorities from three Muslim-dominated neighbouring countries -- Bangladesh, Pakistan and Afghanistan -- to get citizenship if they fled to India because of religious persecution.