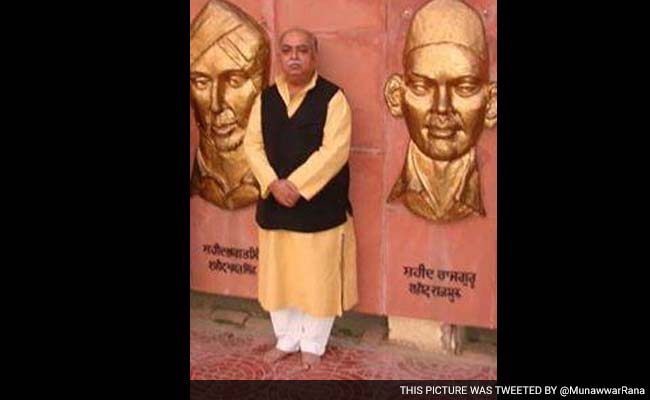 Munawwar Rana was awarded the Sahitya Akademi in 2014 for his book 'Shahdaba'.

Lucknow: A day after he announced his decision to return his Sahitya Akademi award, renowned Urdu poet Munawwar Rana today said that writers in the country have not been left with any strong methods to lodge their protest.

"Litterateurs returning their awards is the extreme form of protest against such incidents," Mr Rana told Press Trust of India, adding he took the step after following his inner voice.

"At this age, we cannot stage dharna, fast or take to the streets. Yes, we can write, but you have seen what happened to Kalburgi. Hum kalam ke sipahi hain (we are soldiers of the pen). Therefore, by returning the award given to us in honour of our writing, I consider it to be the strongest opposition," Mr Rana said.

The 62-year-old poet, who was honoured with the Sahitya Akademi Award last year for his book 'Shahdaba', announced his decision to return it during a live TV show on Sunday, citing his disappointment with the "recent developments" in the country as the reason.

"We are with all the Litterateurs who are returning their awards in present circumstances," he said.

Mr Rana also said that there was a need for a serious debate on the word 'terrorism'. He said acts carried out by particular sections of the society were categorised as terrorism while acts by others were not termed as terrorism.

"It is obvious that in such circumstances, we have to return our rewards and that, too, with a firm resolve that we will not accept any government recognition in future. We want our generation to follow the suit," he said.