"Mahatma Gandhi is one of my personal heroes," Mr Krishnamoorthi said after introducing the resolution on Friday. The resolution was cosponsored by a bipartisan group of 14 other lawmakers. 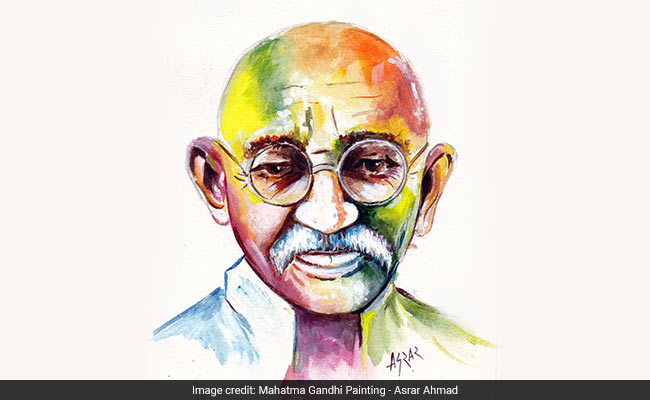 "Mahatma Gandhi is one of my personal heroes," Mr Krishnamoorthi said.

"Mahatma Gandhi is one of my personal heroes," Mr Krishnamoorthi said after introducing the resolution on Friday. The resolution was cosponsored by a bipartisan group of 14 other lawmakers.

"Gandhi's dedication to public service is an inspiration, and even when faced with incredible hardships and injustice, he never wavered in the fight for freedom, dignity and equality for all," he said. Those who cosponsored the resolution were Congressmen George Holding, Brad Sherman, Joe Wilson, Gerry Connolly, Peter King, Ami Bera, Ro Khanna, Frank Pallone, Brenda Lawrence, Pete Olson, Pramila Jayapal, TJ Cox, David Price, and Ted Yoho.

"As an Indian-American serving in the Congress, I am proud to play my part in honouring his legacy through the introduction of this bipartisan resolution," he said. Brad Sherman, who is Chair of the House foreign affairs sub-committee on Asia, said he would continue to use the platform to promote the values promoted by Mahatama Gandhi; such as protecting religious freedom and seeking peaceful resolution to conflict through dialogue.

Another Congressman, George Holding, said, "Mahatma Gandhi is among the most revered and impactful leaders of our times. His lifelong commitment to human rights, civil liberty and freedom inspired countless millions across the globe. As we mark the 150th birth anniversary of Gandhi, let us honour his enduring legacy and celebrate his monumental impact."

India's Ambassador to the United States Harsh Vardhan Shringla welcomed the resolution. He said the resolution emphasised the influence of Gandhi''s teachings on civil rights leaders, including Dr Martin Luther King, around the world.

"As we commemorate the 150th birth anniversary of Mahatma Gandhi, we are once again reminded that his struggle for the pursuit of freedom, equality and dignity for all through satyagraha finds resonance across generations and boundaries," Mr Shringla said.