Commander Abhilash Tomy suffered a bad back injury and was stranded some 1,900 nautical miles south-west of Perth on September 21. 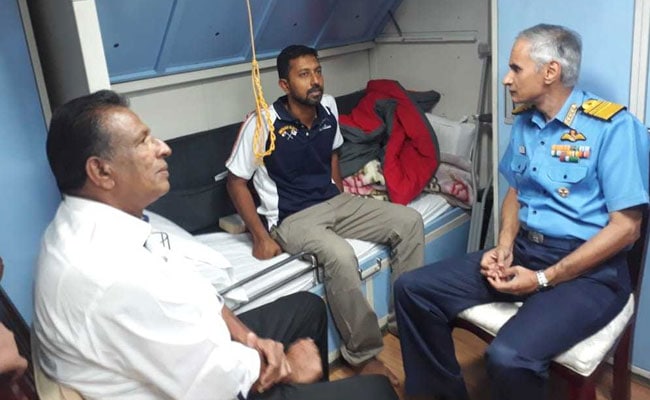 Commander Abhilash Tomy had said that he survived because of his sailing skills, Naval training

Navy officer Abhilash Tomy, who was rescued in an international effort after his boat was seriously damaged in the Indian Ocean during the round-the-world Golden Globe race, has been brought back to India.

Commander Tomy was brought to Visakhapatnam today by Indian Navy frigate INS Satpura from Indian Ocean island Ile Amsterdam, where he had been taken after he was rescued from rough seas by French fisheries patrol vessel FPV Osiris last month. He has been admitted to a hospital.

Competing in the Golden Globe Race, perhaps the most challenging endurance race on the planet, Commander Tomy had sailed into hurricane force conditions in the most remote and uncharted part of the Indian Ocean last month.

Sailing more than 5,000 kilometres south of Kanyakumari, Commander Tomy's boat had been hammered by 14-metre-high waves with wind speeds touching 150 kilometres per hour. He lost the main mast of the boat and slammed his back on to its deck during the storm while being flung around like a rag-doll. 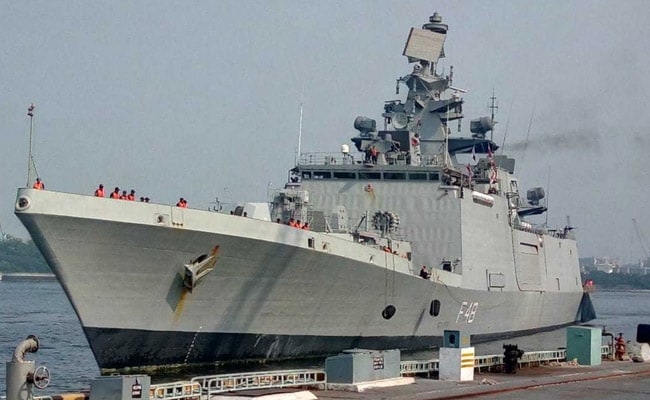 The 39-year-old naval officer suffered a bad back injury and was stranded some 1,900 nautical miles south-west of Perth on September 21.

Commander Tomy had said that he survived in the storm hit ocean because of his sailing skills and Naval training. Abhilash Tomy suffered a bad back injury and was stranded some 1,900 nautical miles south-west of Perth

Commander Tomy's own yacht was a replica of Robin Knox-Johnston's Suhaili, winner of the first Golden Globe Race.

The 39-year-old Kirti Chakra winner created history when he successfully undertook a solo mission, circumnavigating the globe non-stop on a boat powered by winds, in 2013.

He set sail in his boat, named INSV Mhadei, from Mumbai on November 1 and returned on April 6 next year and became the first Indian and only the second Asian to achieve this feat by going around the globe in the high seas for 150 days.