Commander Abhilash Tomy was being "picked up by Indian Navy frigate INS Satpura for return to India", the Australian Defence Force said. 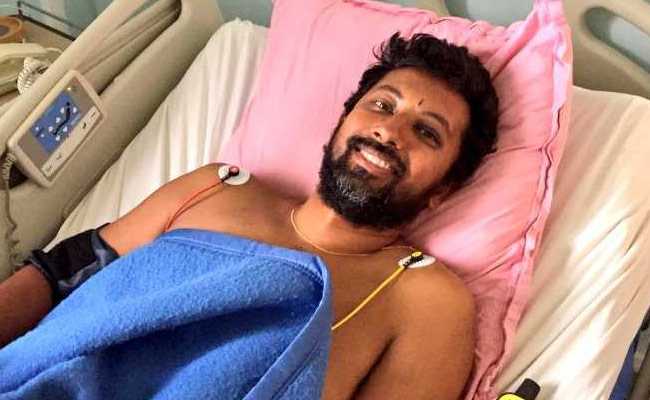 Indian navy officer Abhilash Tomy suffered a bad back injury during a storm in Indian Ocean.

Navy officer and solo yachtsmen Abhilash Tomy, rescued in an international effort after his boat were seriously damaged by "mountainous seas" in the remote Indian Ocean, is set to return home, the Australian navy said Monday.

Commander Tomy and Irishman Gregor McGuckin, competitors in round-the-world Golden Globe race, were stranded some 1,900 nautical miles south-west of Perth after their vessels were damaged in a storm more than a week ago.

They were plucked from the rough seas by French fisheries patrol vessel FPV Osiris last Monday and taken to the nearby Indian Ocean island Ile Amsterdam.

Commander Tomy -- a 39-year-old officer in the Indian navy who suffered a bad back injury during the storm -- was being "picked up by Indian Navy frigate INS Satpura for return to India", the Australian Defence Force said.

There was no further update on his condition.

McGuckin, 32, was not injured but had been forced to abandon his wrecked yacht during the race. He was taken to Perth by Australian frigate HMAS Ballarat where he was met by family and friends, the military added.

"We are very pleased that both yachtsmen are now safe," Australia's navy chief Vice Admiral Mike Noonan said in a statement.

Commander Tomy's own yacht was a replica of Robin Knox-Johnston's Suhaili, winner of the first Golden Globe Race.