Citing coronavirus-related restrictions, Chinese authorities have not allowed the ships, MV Jag Anand and MV Anastasia, to either dock or go for a crew change for months. 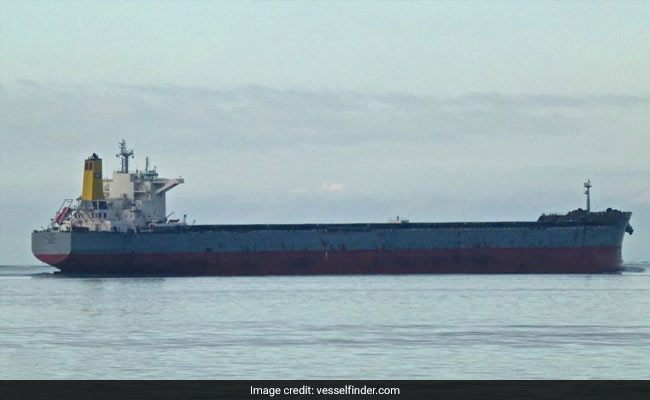 MV Jag Anand, which has 23 Indian sailors, has been on anchorage in China since June 13

India on Friday said its Ambassador in Beijing has taken up with the Chinese Vice Foreign Minister the issue of 39 Indian sailors stranded on two cargo ships in Chinese waters and requested early approval for crew change for Indian crew members aboard the two vessels.

Citing coronavirus-related restrictions, Chinese authorities have not allowed the ships, MV Jag Anand and MV Anastasia, to either dock or go for a crew change for months.

Asked about the issue at an online media briefing, Ministry of External Affairs Spokesperson Anurag Srivastava said the Indian Embassy in Beijing is continuously following up the issue with relevant Chinese authorities.

In view of China's strict COVID-19 pandemic control and prevention measures as well as various travel restrictions in place, the Chinese authorities have outlined detailed steps to ensure the smooth movement of new crew to China to effect crew change, he said.

These steps have to be complied by the shipping companies concerned, Mr Srivastava said.

With regard to the request of exploring alternative modes of crew change at sea, this possibility has also been taken up by with Chinese authorities, who have indicated that the details for these options are being worked out, he said.

"We are awaiting these details from Chinese authorities," Mr Srivastava added.

"We will continue to remain in touch with various relevant Chinese authorities as well as shipping companies to ensure that the humanitarian needs of the crew are taken care of and that crew changes can be effected at the earliest," he said.