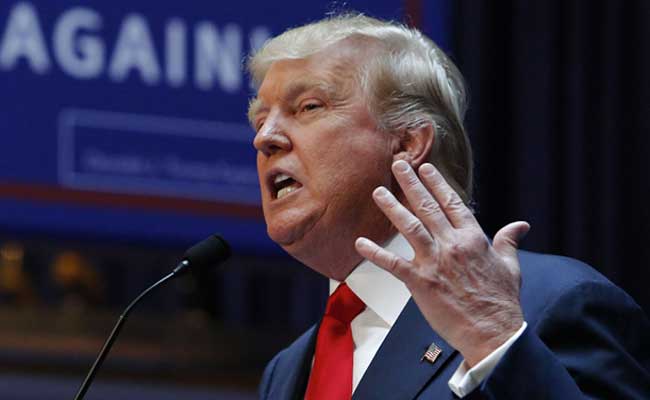 "India is our geopolitical ally and a strategic trading partner," the Republican platform stated.

Cleveland, Ohio: Describing India as a "geopolitical ally" of the US, the Republican platform has urged New Delhi to protect all its religious communities from violence and discrimination and also called for securing the nuclear arsenal of Pakistan.

"India is our geopolitical ally and a strategic trading partner. The dynamism of its people and the endurance of their democratic institutions are earning their country a position of leadership not only in Asia but throughout the world," the Republican platform released by the party after its formal approval stated.

"For all of India's religious communities, we urge protection against violence and discrimination," it said while noting the contributions made by the citizens of Indian ancestry to the US.

The Republican platform or the party election manifesto said conflicts in the Middle East have created special political and military challenges for the people of Pakistan.

"Our working relationship is necessary, though sometimes difficult, benefit to both, and we look towards the strengthening of historic ties that have frayed under the weight of international conflict," it said.

"This process cannot progress as long as any citizen of Pakistan can be punished for helping the war on terror. Pakistanis, Afghans, and Americans have a common interest in ridding the region of the Taliban and securing Pakistan's nuclear arsenal," said the document.

Calling for mutual trust for progress of the region, it said, "A Republican president will work with all regional leaders to restore mutual trust while insisting upon progress against corruption and the narcotic trade that fuels insurgency".

The 2012 Republican platform had welcomed a stronger relationship with the world's largest democracy both economically and culturally, as well as in matters of national security.

"We hereby affirm and declare that India is our geopolitical ally and a strategic trading partner. We encourage India to permit greater foreign investment and trade. We urge protection for adherents of all India's religions," it said.

In 2012, the Republican platform had also said that it expects the Pakistani government to sever any connection between its security and intelligence forces and the insurgents.

"No Pakistani citizen should be punished for helping the United States against the terrorists," it added.