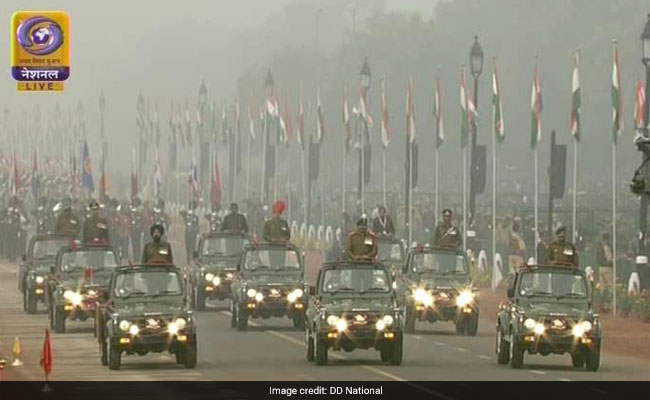 Captain Tania Shergill is an electronics and communications graduate.

Captain Tania Shergill, an officer with Army's Corps of Signals, will be the first woman parade adjutant for the Republic Day parade, sources said on Monday.

A parade adjutant is responsible for the parade.

Commissioned in March 2017 from the Officer Training Academy, Chennai, Captain Shergill is an electronics and communications graduate, they said.

Her father, grandfather and great-grandfather have also served in the Army.

The Republic Day parade will witness Infantry Combat Vehicle BMP-2K of the 18 Mechanised Infantry, Dhanush Gun System and the Army Air Defence on the Rajpath.

Contingents of the Corps of Signals, Sikh Light Infantry, Kumaon Regiment, the Grenadiers, the Parachute Regiment will also take part in the parade.