The Bombay High Court had cancelled the caste certificate of Navneet Kaur Rana, saying it was obtained using fabricated documents 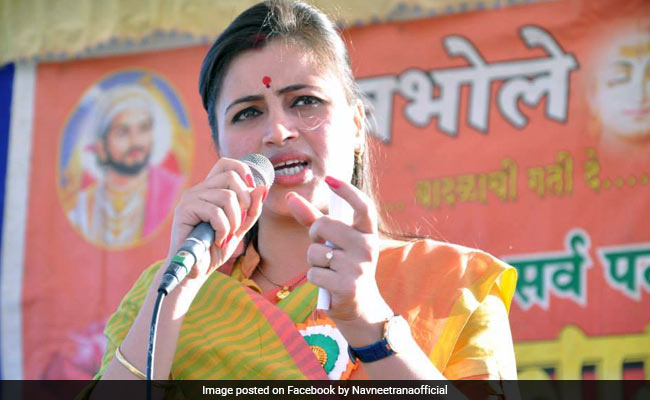 Navneet Kaur Rana, the first-time MP from Maharashtra's Amaravati, has received relief from the Supreme Court, which put on hold a high court order cancelling her Scheduled Caste Certificate. The Bombay High Court had cancelled her caste certificate saying it was obtained using fabricated documents. Ms Rana had moved the top court challenging the order.

The MP would have lost her Lok Sabha seat if the order was not put on hold.

On June 8, the Bombay High Court had also imposed a cost of Rs 2 lakh, which she needs to pay to the Maharashtra Legal Services Authority within a period of two weeks.

In its judgment, the High Court said Ms Rana's claim of belonging to 'Mochi' caste to obtain a Scheduled Caste certificate was fraudulent and made only to avail of the benefits.

The court also pulled up the scrutiny committee, saying it has caused "injustice" by accepting the "fraudulent caste claim".

"A wrong caste validity certificate granted in favour of the party who does not belong to that caste may deprive a genuine and deserving person belonging to such reserve category of the caste of the benefits prescribed in the Constitution of India," the court said in its order.

The petitioner contended that Ms Rana obtained the caste certificate through the influence of her husband Ravi Rana, who is a member of the Maharashtra Legislative Assembly.