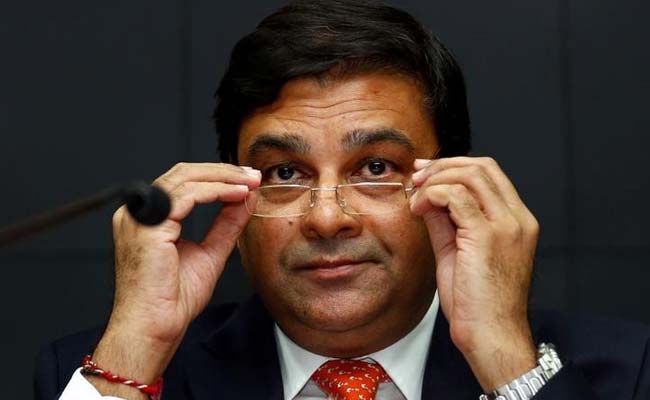 RBI Governor Urjit Patel was asked whether the decision to demonetise high-value notes was legal.

New Delhi: Urjit Patel, the Governor of the Reserve Bank of India, today told a parliamentary committee that since the notes ban was introduced in November, 9.2 lakh crores (about $135 billion dollars) of new currency notes have been introduced to help replace the bills that were abolished. He also established that "The proposal to ban Rs 500- and 1000-rupee notes was initiated by the government."

However, Mr Patel did not disclose a figure for how many of the banned notes have been deposited in banks, nor did he indicate when the cash shortage would ease up enough for restrictions to be removed and for the banking system to return to normal. "RBI was cognizant of the likely impact of demonetisation on the economy," Mr Patel said, "(and) the impact was assessed to be transitory and beneficial in the long run."

Mr Patel had been summoned by the Standing Committee on Finance, which is headed by VK Moily of the Congress, to answer questions about the planning and implementation of the decision to outlaw 500 and 1,000-rupees notes, or 86 per cent of the currency then in circulation. About 15.44 lakh crores were yanked from circulation at a few hours' notice; some reports estimate that nearly 97 per cent of that money was returned to banks by the December 30 deadline declared by the RBI.

Critics have alleged that the RBI sacrificed its autonomy in allowing the government to decide the details of the notes ban. Once the high-denomination notes were abolished, there weren't enough new bills to replace them. Limits remain in place on how much money can be accessed from bank accounts. ATMs had not been recalibrated to dispense the new money, which was larger in size than the outlawed bills.

The RBI Governor told the parliamentary panel that consultations between the government and the central bank on demonetisation began in January 2016. As reported earlier by NDTV, the RBI in a written note sent last week said that on November 7, the government "advised" it to scrap 500 and 1,000-rupee notes; a day later, the RBI Board cleared the move; hours after that, Prime Minister Narendra Modi delivered a televised address in which he made the shock announcement.

The RBI Governor said that demonetization "is not violative of monetary policy or the Reserve Bank of India Act" while reaffirming that the bank agrees with the government's assessment of the notes ban serving as an effective move against corruption, black money and counterfeiting and terror financing. He said "The objective is not to eliminate cash from the economy but reduce the use of cash for safety, accountability."

Promoted
Listen to the latest songs, only on JioSaavn.com
Though economic activity has been disrupted and consumer spending has shrunk, the government says that any slowdown in economic growth will be short.

The International Monetary Fund (IMF) on Monday cut a full percentage point off India's GDP growth forecast, to 6.6 per cent, in the fiscal year that ends in March 2017.