The Lok Sabha bypoll to Asansol, necessitated after Babul Supriyo quit the BJP and as its MP, is scheduled for April 12. 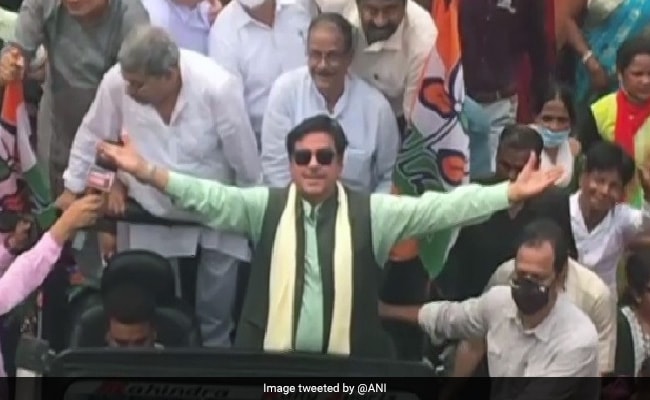 The electoral battle between Ravi Shankar Prasad and Shatrughan Sinha in Patna Sahib was one of the more talked about contests in the 2019 poll, and it is deja vu all over as the BJP is now banking on the former Union minister to bolster its fight in Asansol bypoll against Mr Sinha, now a Trinamool Congress candidate.

Mr Prasad will be joined by Ram Kripal Yadav, also a former Union minister and MP from neighbouring Pataliputra, in campaign on Friday with the BJP relying on a number of leaders from Bihar to retain its influence among Asansol's sizeable non-Bengali voters, a segment the TMC is eying by fielding Mr Sinha.

The Lok Sabha bypoll to Asansol, necessitated after Babul Supriyo quit the BJP and as its MP, is scheduled for April 12.

The BJP has now fielded Agnimitra Paul, who is an MLA in the West Bengal assembly.

Taking a swipe at the cine start-turned politician, Mr Yadav said people of Asansol must be told about Mr Sinha's performance as Patna Sahib MP for 10 years. The BJP has alleged that his lack of diligence and performance as a parliamentarian was a major reason for his falling out with the party, leading him to quit it and fight the 2019 poll as a Congress candidate. Mr Prasad had handily defeated Mr Sinha then.

"People must elect someone who will stay in their midst and be available to their needs," Mr Yadav said.

Both Mr Prasad and Mr Yadav will be addressing various meetings as part of the BJP's campaign.

Though the BJP won the seat in 2014 and 2019 polls, there is a view that the state's ruling party is on a strong wicket now after it decisively quelled the saffron challenge in the 2021 assembly polls.