A video of the incident shows the nearly burnt-out structure toppling on people, parts of still ablaze. 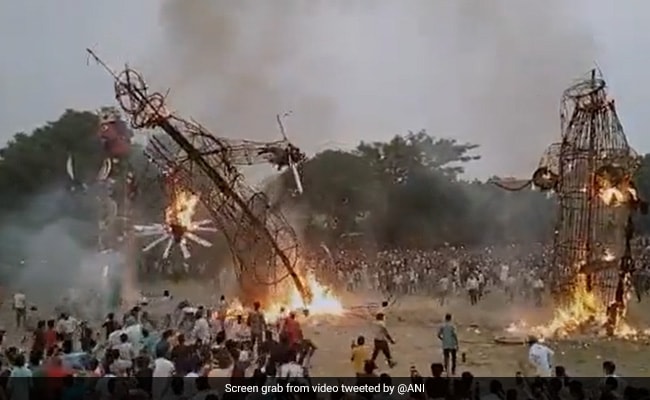 Many people had a narrow escape, ANI reported.

A Ravan effigy collapsed on spectators at a Dussehra event in Haryana's Yamunanagar on Wednesday, leaving some people injured, news agency ANI reported.

A video of the incident shows the nearly burnt-out structure toppling on people, parts of still ablaze.

#WATCH | Haryana: A major accident was averted during Ravan Dahan in Yamunanagar where the effigy of Ravana fell on the people gathered. Some people were injured. Further details awaited pic.twitter.com/ISk8k1YWkH

Many people had a narrow escape, ANI reported.

Dussehra, or the celebration of good over evil symbolised by Lord Ram's triumph over Ravan, is being celebrated across the country on Wednesday.

Celebrations include Ramlila performances, fairs, and the burning of Ravan effigies, along with those of his son Meghnad and brother Kumbhakaran.