In the video, Hard Kaur, along with Khalistan supporters, could be seen condemning PM Modi and Mr Shah using abusive language. 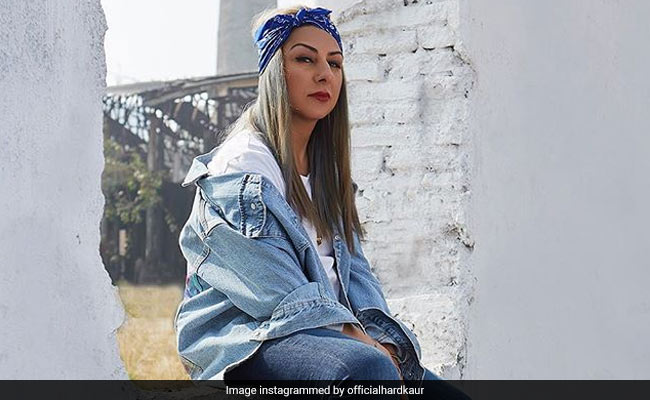 In June, a case of sedition was filed against Hard Kaur for posts on Yogi Adityanath and the RSS.

The Twitter account of rapper Hard Kaur was suspended on Tuesday after she posted a video making derogatory remarks against Prime Minister Narendra Modi and Union Home Minister Amit Shah.

In the video, she, along with Khalistan supporters, could be seen condemning PM Modi and Mr Shah using abusive language.

This is not the first time the artist has ridiculed a politician.

In June this year, Hard Kaur was booked for sedition for her comments on Uttar Pradesh Chief Minister Yogi Adityanath and RSS chief Mohan Bhagwat.

Alongside a photograph of the RSS chief, she put controversial remarks, saying, "In history, Mahatma Gandhi and Mahavir fought against Brahminical caste system. You are not a nationalist."

A day later, she wrote objectionable comments against Yogi Adityanath.

An FIR was registered against her under various sections of the Indian Penal Code (IPC) and Information Technology (IT) Act.