A South Delhi businessman has been arrested for the death of a cyclist whom he hit and critically injured with his luxury car, took to a hospital but abandoned him there after doctors said the man was "brought dead". 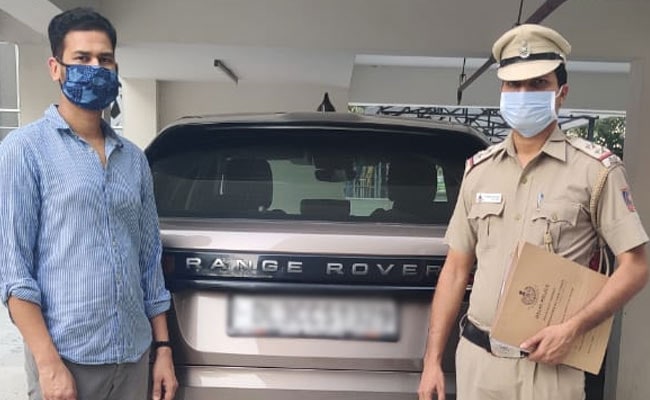 South Delhi's Sonit Jain has been arrested for the death of a cyclist whom he hit with his Range Rover.

A 28-year-old businessman has been arrested for the death of a cyclist whom he had hit with his Range Rover car and critically injured on Monday night, the Delhi Police said, adding that though Sonit Jain took the cyclist to a hospital in South Delhi, he left after the man was declared "brought dead".

The police have recovered the luxury SUV from Jain's residence in Greater Kailash 1.

Jain also misled the hospital authorities by hiding the details of the accident site, the police said, who started investigating the matter after the victim's brother-in-law filed a complaint stating that Sanjesh Awasthi, 38, was missing since September 7.

The police cracked the case by checking the footage from all CCTV cameras along Mr Awasthi's route to work in old Faridabad, starting with the one outside the Moolchand Hospital.

"We could see that the victim had been brought to the hospital in a Range Rover by a young man," a police statement read.

The police checked the vehicle's registration number and found that the vehicle was registered in the name of a private company in West Delhi's Karol Bagh.

"On further investigation, the company's owner home address and that of the driver was found in Greater Kailash. Sonit Jain was arrested and the vehicle, Range Rover SUV, was also seized," a police statement read.

According to the police, Jain has confessed that he went to Faridabad on September 7.

Quoting Jain the police said he reached the Badarpur flyover around 7.15 pm when a cyclist, Mr Awasthi, came in front of his car and was hit. The police said Jain told hospital authorities that the accident took place near Okhla Mandi because he did not want to disclose his Faridabad visit to his family.