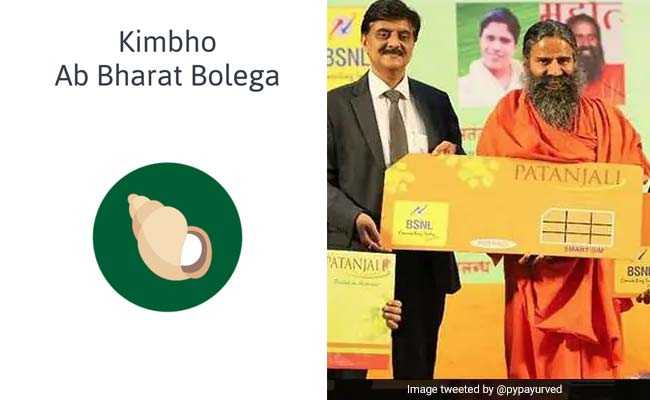 Kimbho is a new messaging app under Patanjali Communication which will give competition to WhatsApp.

Promoted
Listen to the latest songs, only on JioSaavn.com
Patanjali's spokesperson SK Tijarawala tweeted, "Now Bharat will speak. After launching sim cards, Ramdev has launched a new messaging application called Kimbho. Now WhatsApp will be given a competition. Our own #SwadeshiMessagingplatform. Download it directly from Google Play store."

Kimbho is a Sanskrit word, which is used to ask, "How are you? What's new?" explained Mr Tijawarawala.

Just like WhatsApp, one can either send direct messages to the person or create new groups to send out messages. Apart from this, one can form broadcast lists, follow celebrities and also doodle using Kimbho app.

After its full launch, people will be given a discount of 10 per cent on Patanjali products with the SIM card.

It has nearly 5,000 retail outlets across India.

Patanjali has also branched out into private security, offering army-like training for recruits.

"BJP Will Be Wiped Out": Lalu Yadav Ahead Of His Delhi Tour