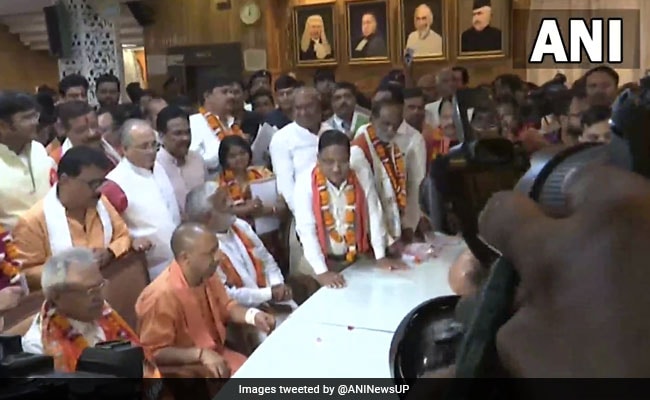 Besides CM Yogi Adityanath, Deputy Chief Ministers Brajesh Pathak and Keshav Prasad Maurya were among the senior party leaders present on the occasion.

May 31 is the last date for filing nominations for 11 Rajya Sabha seats from Uttar Pradesh.