A Vote Slip "Held In Hand" Sparks A Fight In Rajasthan

Shobha Rani Kushwaha, the BJP candidate from Dholpur, was voting when her party's poll observer Rajendra Rathore took her vote slip, which is against the rules. 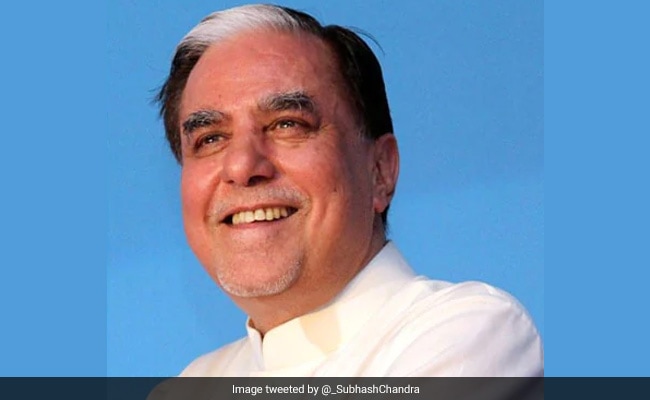 A BJP MLA's vote in the tense Rajya Sabha race in Rajasthan triggered a controversy as media baron Subhash Chandra demanded that it be declared "invalid", alleging that a BJP poll observer had held the vote slip.

Shobha Rani Kushwaha, the BJP candidate from Dholpur, was voting when her party's poll observer Rajendra Rathore took her vote slip, which is against the rules.

Zee chairman Subhash Chandra, an independent candidate backed by the BJP in this seat, raised an objection and demanded that her vote be declared invalid on grounds that Rajendra Rathore had held her vote slip in his hands.

"I saw her vote. I did not take it in my hand. Whatever has happened is an internal matter of the party. She voted in a way she was not authorised by the party to," he said.

But Rajasthan BJP president Satish Poonia said there were "some anomalies" in Shobha Rani Kushwaha's vote.

Poll observers are not supposed to hold an MLA's vote. MLAs show their vote to the observer before slipping it into the secret ballot.

Incidentally, Ms Kushwaha's constituency falls in the stronghold of former Chief Minister Vasundhara Raje, who has been a bit of an outlier in the Rajasthan BJP for a while.

Elections are being held for four seats in Rajasthan.

The Congress has 108 MLAs and the BJP has 71 votes. The BJP has 30 surplus votes and to win a second seat, it needs another 11. The Congress, to win a third seat, needs 15 more votes.

The Congress is in a position to win two seats and the BJP, one. There is a contest for the fourth seat with Subhash Chandra challenging the Pramod Tiwari.

In the 200-member Rajasthan assembly, each candidate needs 41 votes to win.

Earlier, four MLAs from Mayawati's party were among those who voted with the ruling Congress.