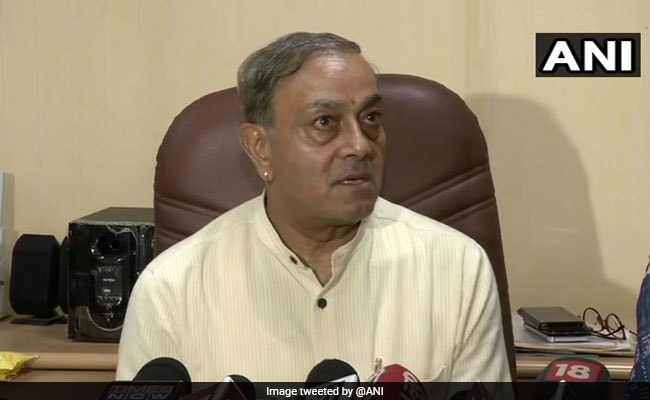 Sanjay Singh and his wife are expected to join the BJP on Wednesday.

Rajya Sabha member Sanjay Singh resigned from the Congress along with his wife Ameeta on Tuesday, claiming that they cannot remain in a party suffering from lack of communication and clarity. They are expected to join the BJP on Wednesday.

The politician, who was elected to the Rajya Sabha from Assam, also gave up his seat in the upper house. Sources said chairman M Venkaiah Naidu has accepted his resignation.

"I have left the Congress because it now suffers from utter lack of communication. The leadership is hollowed out, and there is no clarity on anything," news agency ANI quoted Mr Singh, who belongs to the Amethi royal family, as saying.

The politician, who was elected to the Lok Sabha on a BJP ticket in the 1990s, is believed to wield a lot of clout in Amethi. However, the constituency - which was believed to be a stronghold of the Congress until recently - went to the BJP's Smriti Irani in the Lok Sabha elections. The electoral upset came as a big blow to Congress chief Rahul Gandhi, and many term his performance in Amethi as one of the major reasons for his decision to quit the post.

Mr Singh, who contested from Sultanpur in the recent Lok Sabha elections, did not fare that well either. He lost to the BJP's Maneka Gandhi.

The politician said that Prime Minister Narendra Modi's vision of "Sabka Saath, Sabka Vishwas" has convinced him to join the BJP. "He is walking the talk, and that's why the whole country is with him. The Congress, on the other hand, is living in the past and unaware of the future," he claimed.

Ameeta Singh, who has represented Amethi twice in the Uttar Pradesh assembly, said their decision to quit was not a sudden one. "A party with no room for discussion will never progress. We have faith that we will be able to do great things for the people of India under the leadership of PM Modi," she said.

She said that all opposition leaders, including those from the Congress, had failed to stand up against PM Modi on the arena of politics and governance. "Rahul Gandhi can himself tell us about the reason for his defeat in Amethi," Ameeta Singh said.