Rajya Sabha Election On November 9 For 11 Seats From UP, Uttarakhand

Masks, thermal scanning, and use of sanitisers will be ensured to check the spread of coronavirus, which has affected over 70 lakh people in India so far. 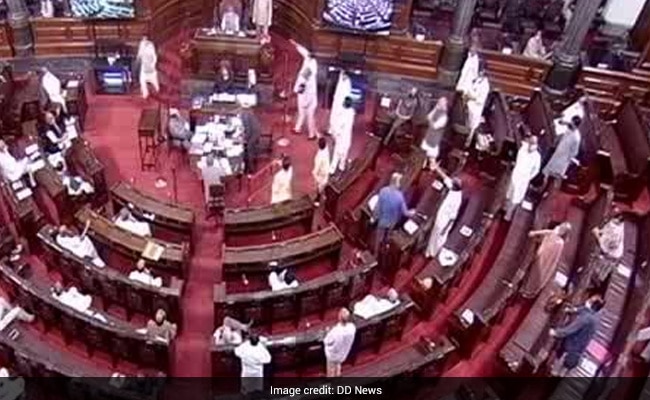 The election for 11 Rajya Sabha seats - nine from Uttar Pradesh and one from Uttarakhand - will be held on November 9.

Union Minister Hardeep Singh Puri and Congress's Raj Babbar are among the 11 Rajya Sabha MPs whose tenure is set to expire in November.

Masks, thermal scanning, and use of sanitisers will be ensured to check the spread of coronavirus, which has affected over 70 lakh people in India so far. The government-mandated rules on social distancing will also be strictly followed, the Election Commission has said in a statement.

The official statement further said that "chief electoral officers as observers in the two states" have been appointed, and the chief secretaries of the two states have been directed to "depute a senior officer to ensure the instructions regarding COVID-19 containment measures are compiled with while making arrangements for conducting the elections."

Last month, the monsoon session of parliament - that started on September 14 - concluded eight days ahead of schedule amid concerns over the spread of the coronavirus disease among members.

Later this month, state elections will begin in Bihar on October 28 and will be held in three phases (October 28, November 3 and 7); results will be announced on November 10. The country's biggest election in the coronavirus crisis will be held with many changes, including an extra voting hour and no physical contact during the campaign. Bihar has to elect a new 243-member assembly by November 29.

On November 3, by-elections to 54 assembly seats across 10 states will also be held. The list of states where elections will be held includes Chhattisgarh, Gujarat, Jharkhand, Haryana, Karnataka, Madhya Pradesh, Manipur, Nagaland, Odisha, Telangana and Uttar Pradesh.

For the safety of voters and workers and leaders of political parties, the Election Commission came up with an elaborate list of dos and don'ts, which include including an extra voting hour, masks and gloves for voters and no physical contact during the campaign.

Sabarimala To Deliver Prasadam For Devotees Through Speed Post