The P-8I aircraft with its superior maritime surveillance and reconnaissance capabilities and operational readiness has proven to be an important asset to the Navy. 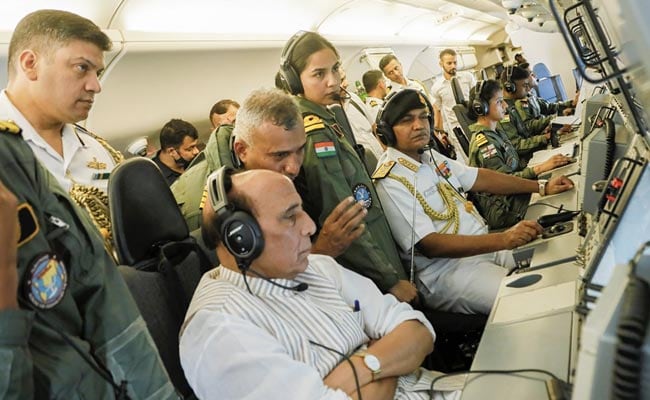 Defence Minister Rajnath Singh flew a sortie in the P-8I long-range maritime reconnaissance and anti-submarine warfare aircraft of the Indian Navy during his visit to Mumbai, a Navy Spokesperson said on Wednesday.

The defence minister flew the sortie on Tuesday hours after he launched two frontline warships of the Indian Navy at the Mazagon Docks Limited (MDL) in Mumbai.

The P-8I aircraft with its superior maritime surveillance and reconnaissance capabilities and operational readiness has proven to be an important asset to the Navy.

The Indian Navy was the first international customer for the P-8 aircraft, which is produced by US aerospace major Boeing.

The aircraft is also operated by the US Navy, the Royal Australian Air Force, the United Kingdom's Royal Air Force and the Royal Norwegian Air Force.