The Rohingya issue will be taken up through diplomatic channels with Myanmar, said Home Minister Rajnath Singh 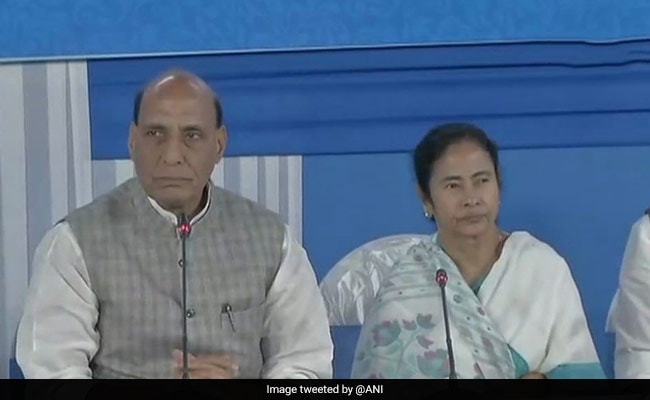 Home Minister Rajnath Singh has said the government has asked states to identify Rohingya in their territories. The centre plans to take up the issue through diplomatic channels with Myanmar.

"States have been told to identify them (Rohingyas). They have to take their biometrics also. After that they'll send report to the Centre. Then Central government will initiate action through diplomatic channels with Myanmar and get it resolved," Home Minister Rajnath Singh said at a meeting of the Eastern Zonal Council on Monday in Kolkata.

Rajnath Singh had earlier said all Rohingya in India were "illegal immigrants" as none of them had applied for asylum as refugees, asked opposition parties not to make it a "political issue".

"The presence of Rohingya are not only confined to the northeastern states. They have reached south Indian states including Kerala," Mr Singh told a meeting of the BJP's Kerala state council last Thursday.

The Railway Protection Police yesterday alerted authorities in Kerala to watch out for movement of large number of refugees. The RPF had sent a list of 14 trains which the Rohingya groups could possibly take to reach Kerala from northeastern states.

In a letter, the Chief Security Commissioner of Southern Railways asked the railway state authorities to hand over the Rohingya if found on the trains to the RPF and send a report.