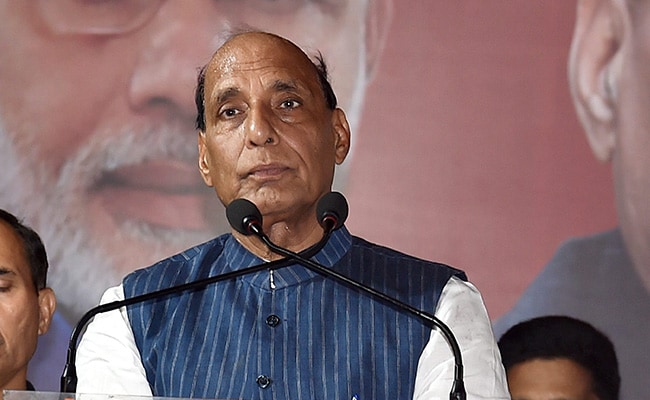 Rajnath Singh was briefed about the Defence Planning Committee, set up in 2018.

Defence Minister Rajnath Singh on Thursday reviewed defence acquisition issues with top officials of the ministry and directed them to seek indigenous solutions to meet the forces' requirements to the extent possible.

Defence Secretary Sanjay Mitra and other top officials of the Ministry of Defence were present at the meeting.

"The present status of procurements and payments were also briefed along with implications of major deals with countries. He directed officials to seek indigenous solutions for meeting the forces' requirements to the extent possible," the defence ministry said.

Mr Singh was also briefed about the planning activities of the armed forces, including tri-services agencies such as the Head Quarters Integrated Defence Services and Defence Cyber Agency, Defence Space Agency and Armed Forces Special Forces Division which were approved by the Cabinet Committee on Security this year.

He was briefed about the Defence Planning Committee, set up in 2018.