Rajnath Singh blamed Article 370, and Article 35A which arose out of it, for the spread of terrorism in Jammu and Kashmir. 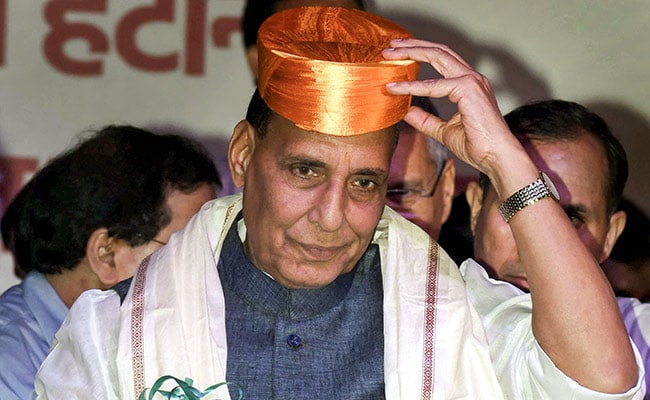 Rajnath Singh attended an awareness campaign on Article 370 in Patna.

More than three quarters of the people in Jammu and Kashmir supported the scrapping of its special status, Defence Minister Rajnath Singh said on Sunday, adding that Article 370 of the constitution, which gave it the privileges, was like a "canker" that bled the state for decades.

Addressing a "public awareness meet" called "Jan Jagran Sabha" organised by the BJP in Patna, where party leaders spoke about the Narendra Modi government's move to strip Jammu and Kashmir of the special status, Mr Singh said the party has lived up to its promises.

"As a nationalist party, the BJP never softened its stand on the issue. Article 370 was like a canker (nasoor) which left Jammu and Kashmir bleeding. We have now demonstrated that we are an honest and credible party which fulfils its promises," Mr Singh said.

He blamed Article 370, and Article 35A which arose out of it, for the spread of terrorism in the state.

"Jammu and Kashmir will now be transformed within five years. In fact, more than three-fourths of its population wanted this provision to go. Our intentions were good and it is no surprise that our move was supported wholeheartedly by our alliance partners," Mr Singh said.

In a message to Pakistan, he said, "Talks with Pakistan will henceforth resume only after it stops promoting terrorism. And it must also keep in mind that Jammu and Kashmir is an integral part of India. All discussions will only take place about Pakistan-occupied Kashmir."

The scrapping of Jammu and Kashmir's special status has been one of the key promises made by the BJP in its election manifestos that was fulfilled with a presidential order last month. The ruling party also managed to secure a parliamentary clearance for splitting the state into union territories with the help of its coalition partners.

Bihar Chief Minister Nitish Kumar's Janata Dal United, however, emerged as the lone dissenting voice within the alliance as it staged a walkout in both the houses of parliament after expressing his disapproval over the move.