The 20-minute meeting was held at the state secretariat following the 23rd meeting of the Eastern Zonal Council. 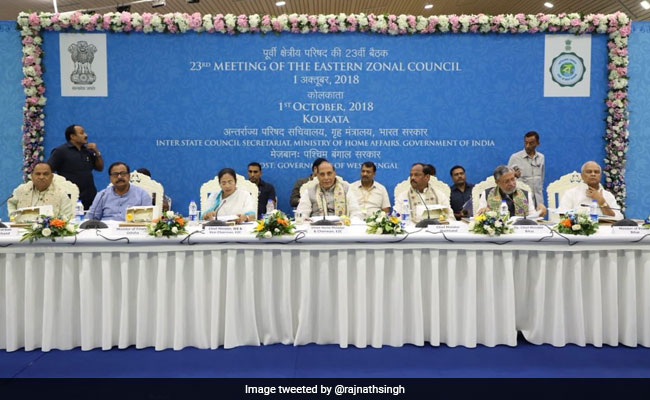 Union Home Minister Rajnath Singh and Chief Minister Mamata Banerjee on Monday held a meeting and it is believed they discussed issues related to the National Register of Citizens and "entry of people from other states to create disturbances" in West Bengal, a senior government official said.

The 20-minute meeting was held at the state secretariat following the 23rd meeting of the Eastern Zonal Council.

The meeting was convened to discuss issues related to interstate relations and security matters, including the Maoist menace.

Though there was no official briefing on what transpired at the meeting, an official said the two leaders discussed the issues of the NRC and "entry of people from states like Bihar and Jharkhand to create disturbances" in West Bengal among others.

A financial package demanded by the West Bengal government from the Centre and the proposal to change the state's name from West Bengal to Bangla were also discussed, he said.