Rajnath Singh said the online outpatient platform will ensure widespread access to quality health services in remote areas besides reducing the load on the hospitals. 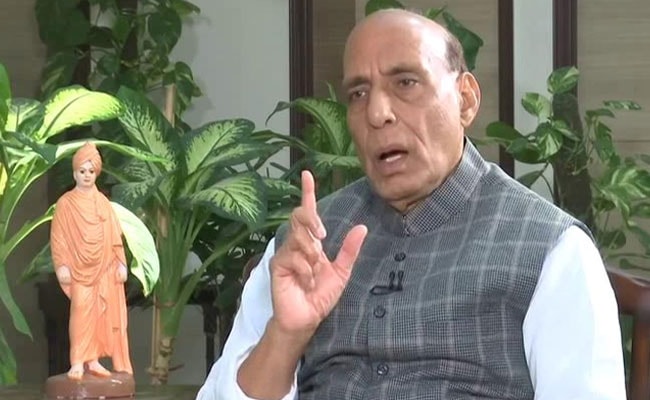 Armed forces have contributed significantly in the efforts to combat the pandemic, he said. (File)

Defence Minister Rajnath Singh on Thursday launched an online medical consultation service for the armed forces personnel and the veterans to ensure hassle-free health services for them.

Mr Singh said the online outpatient platform will ensure widespread access to quality health services in remote areas besides reducing the load on the hospitals.

"This is a very important step taken at a very critical time for the health of service personnel," the defence minister said launching the service at a virtual event.

Referring to the coronavirus crisis, the defence minister said the second wave was not only unpredictable but more dangerous than the first one.

The launch of SeHAT-OPD Portal will help the Armed Forces in providing tele-medicine services. Watch https://t.co/cn8OQtXN6f

He said the armed forces have contributed significantly in the country's efforts to combat the pandemic.

Mr Singh said the central government has been constantly monitoring the situation and making efforts to improve the supply of medicines, medical oxygen and other equipment through high-level committees and a group of ministers.

The defence minister also talked about the anti-COVID oral drug 2-deoxy-D-glucose (2-DG) developed by the Institute of Nuclear Medicine and Allied Sciences (INMAS), a leading laboratory of the DRDO, in collaboration with Dr Reddy''s Laboratories (DRL), Hyderabad.

He said the drug has yielded good results.

The Drugs Controller General of India (DGCI) approved the drug for emergency use as an adjunct therapy in moderate to severe coronavirus patients earlier this month.

"I am happy that 10,000 sachets of the drug are coming to the market today," Mr Singh said.

The drug comes in powder form in sachets and is taken orally by dissolving it in water.

KCR's "All Talk, No Work" Jab Ahead Of PM's Hyderabad Trip For BJP Meet