Rajiv Gandhi's killers will be freed if Centre doesn't respond in 3 days: Jayalalithaa 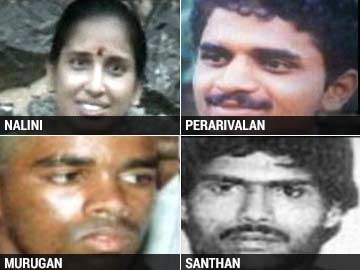 New Delhi: The Tamil Nadu government has decided to release seven people convicted in the assassination of former prime minister Rajiv Gandhi, including Nalini Sriharan, in a politically loaded move that has set off a battle for credit ahead of the national election, due by May.

Producing what is seen as a political masterstroke, Chief Minister Jayalalithaa gave the Centre three days to respond, after which, she said, she would release the convicts using her powers.

Whether the state government can take the step without the Centre's approval is a grey area and may be cause for a confrontation. Top sources said the assassins of a Prime Minister cannot be let off, and the Centre does have a say in it. "We have received no letter," said Union Home Minister Sushil Kumar Shinde.

The Supreme Court had left it to the state to decide on freeing the convicts after sparing three men, Murugan, Santhan and Perarivalan, from execution citing the 11-year delay in a decision on their mercy plea.

The convicts have been in jail for 23 years. Murugan's wife Nalini Sriharan was granted mercy in 2000 on the intervention of Rajiv Gandhi's widow, Congress president Sonia Gandhi.

Rajiv Gandhi's son Rahul today said he was personally against death penalty but he was saddened by the decision to free his father's killers. "If a Prime Minister's killers are being set free, what justice can the common man expect?" asked the Congress vice president.

His party followed with a strong statement condemning the Jayalalithaa government's decision as "perverse, irresponsible and populist."

Promoted
Listen to the latest songs, only on JioSaavn.com
In election season, it is not clear yet whether the Centre's response will be political or legal, given the largely pro-Lankan Tamil sentiment in the state. Rajiv Gandhi was assassinated by a woman operative of the Lankan Tamil separatist outfit LTTE, who greeted him with a sandalwood garland and a bomb strapped to her chest during a rally in 1991.

All Tamil parties have campaigned for the convicts' release. Jayalalithaa's main rival Karunanidhi of the DMK said, "It's not a prompt decision by the state government. They ridiculed me when I proposed their release."