Rajiv Gandhi Death Anniversary: Rahul Gandhi shared a picture of Rajiv Gandhi and said his father taught him "to love & respect all beings". 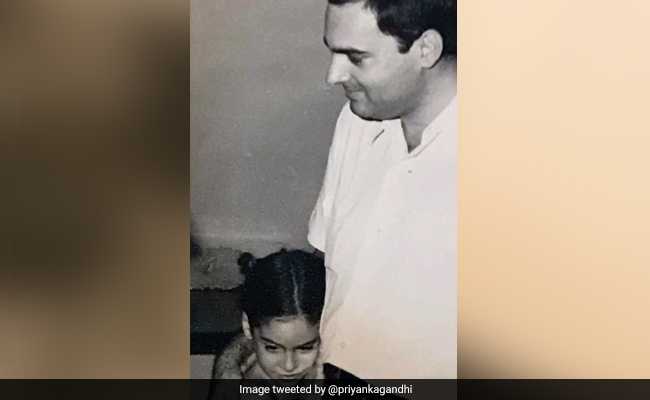 Rajiv Gandhi Death: Priyanka Gandhi tweeted this old picture where she can be seen with her father.

Priyanka Gandhi shared the poem, "Agneepath", by noted Hindi poet and Amitabh Bachchan's father, Harivansh Rai Bachchan, on Twitter in a post titled: "You will always be my hero". The post also has an old picture of a younger Priyanka with her father.

You will always be my hero. pic.twitter.com/LYPciCD234

Harivansh Rai Bachchan's "Agneepath", a poem on life and its struggles, has inspired many generations.

Rahul Gandhi shared a picture of Rajiv Gandhi, India's youngest Prime Minister, and said his father taught him "to love & respect all beings".

"I miss him," he further wrote.

My father was gentle, loving, kind & affectionate. He taught me to love & respect all beings. To never hate. To forgive.

On his death anniversary, I remember my father with love & gratitude.#RememberingRajivGandhipic.twitter.com/sYPGu5jGFC

Rajiv Gandhi became the youngest prime minister of the country when he was sworn in at the age of 40 as the sixth Prime Minister of India after his mother's assassination in 1984. He was busy campaigning for the Congress for the national elections as party president when he was assassinated in Sriperumbudur, Tamil Nadu, in May, 1991. His death anniversary is also observed as Anti-Terrorism day.