Rajasthan To Get First Cow Sanctuary, Plans To Project It As Tourist Spot

The allotted land can accommodate around 10,000 cattle and even stray animals as well as abandoned ones will be allowed in the proposed facility. 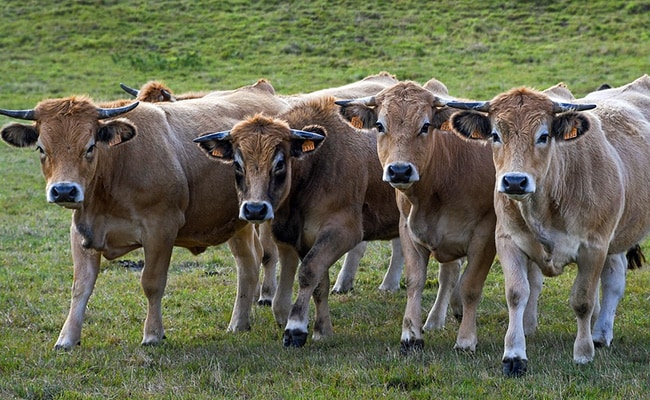 The allotted land can accommodate around 10,000 cattle, Mr Vij said, adding even stray animals as well as abandoned ones will be allowed in the proposed facility.

Rajasthan Chief Minister Vasundhara Raje, who visited Bikaner last week, signed two MoUs on July 27. The first was meant for a cow sanctuary in Napasar and the second was for development of Nandishala in Bikaner.

There are plans to project the sanctuary as a tourist destination, said Mr Vij adding that adequate quantity of fodder will be available there.

The state already has a ministry dedicated to the welfare of cows. In June, the state government levied a 20% surcharge on stamp duty to gather funds for cow protection.