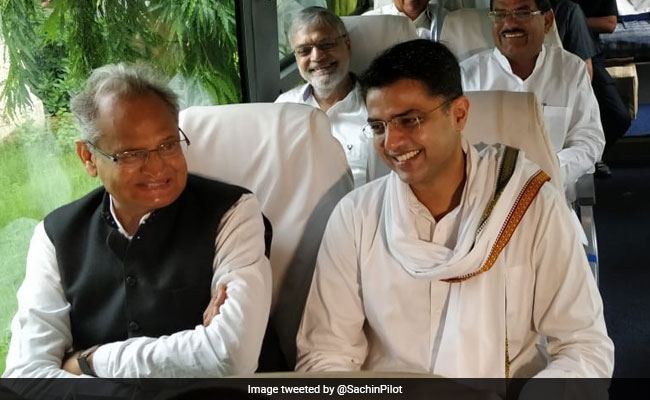 Election in Rajasthan: Ashok Gehlot and Sachin Pilot will contest the election

Mr Gehlot and Mr Pilot had on Wednesday made their intentions clear that they would contest the assembly polls along with senior state leaders.

The Leader of Opposition in the Rajasthan Assembly, Rameshwar Lal Dudi, is the Congress's candidate from the Nokha assembly seat.

AICC Secretary Harish Chaudhary will contest the polls from the Baytoo seat.

Former BJP MP Harish Meena, who had switched over to the Congress on Wednesday, has been fielded from Deoli Uniara.

Sources said the list was reportedly delayed over differences on distribution of party tickets.

The notification for the polls was issued on Monday.