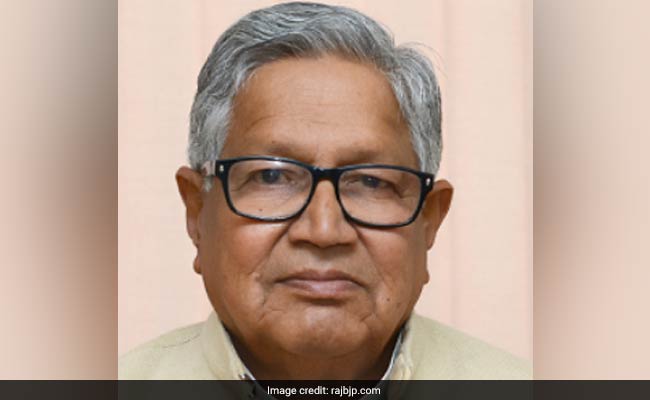 Kailash Meghwal was pitted by the Bharatiya Janata Party (BJP) for the second time from Shahpura seat.

Rajasthan Assembly Speaker Kailash Meghwal on tuesday registered a thumping victory in the state polls by defeating his nearest rival with a record 74,542 votes.

Mr Meghwal (84) was pitted by the Bharatiya Janata Party (BJP) for the second time from Shahpura seat. He had won the 2013 assembly election by a margin of 43,666 votes.

The Speaker in the 14th Rajasthan Assembly was born on March 22, 1934, in Majwada of Udaipur district. He completed his MA and LLB. He has held various political portfolios in the state and central government.

Mr Meghwal, a three-time MP and former Union minister, has worked for awakening the oppressed sections of the society for their educational and economic advancement.