Operating ratio is a gauge of operational efficiency that measures expenses as a proportion of revenue. It indicates the organisation's operating expenses divided by its operating revenues, which helps to check its performance. 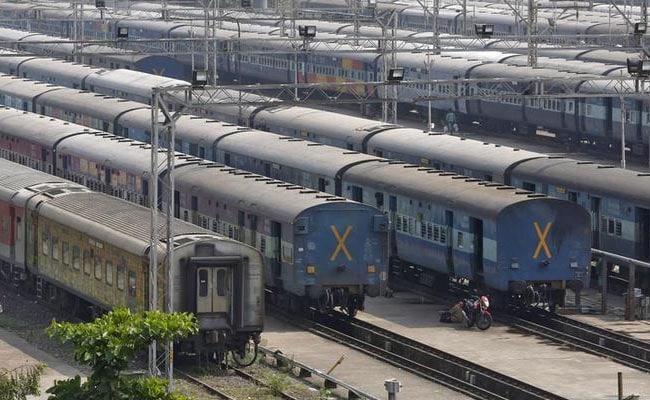 How much did Indian Railways spend to earn every Rs 100 in April-July this year?

In this period, the national transporter set a record-high operating ratio of 111.51 per cent - which means it spent Rs 111.51 to generate every Rs 100, reflective of lower growth in traffic against the set target and heavy outgo on account of increased pension liability and working expenses.

Operating ratio is a gauge of operational efficiency that measures expenses as a proportion of revenue. It indicates the organisation's operating expenses divided by its operating revenues, which helps to check its performance.

A higher ratio in railways indicates less ability to generate surplus funds that could be used for capital investments such as laying new lines and deploying more coaches.

Facing stiff competition from other modes of transport in carrying people and freight, the Railways earned Rs 17,273.37 crore from passengers against a target of Rs 17,736.09 crore in the first four months of the current fiscal, according to data put together by the Railways' finance wing.

Working expenses have exceeded the budget projection for the April-July period -- the Railways incurred Rs 52,517.71 crore as ordinary working expenses against the target of Rs 50,487.36 crore.

"Besides the working expenses, there are other expenditures which are causing operating ratio to exceed the target," a senior Railway official told IANS.

The pension liability, expenditure of Railway Board and railway institutions apart from the ordinary working expense which has far exceeding the total incomes during April-July 2018 resulting in operating ratio touching 111.51.

After the implementation of the 7th Pay Commission, the total pension outgo has been estimated at Rs 47,000 crore, which means railways has paid about Rs 12,000 crore during the period under review.

However, the official said this was a lean period for traffic and typically operating ratio improves in the last quarter of a financial year.

The operating ratio has been hovering above 90 per cent for the last five or six years.

"The last three months of the fiscal are crucial when freight picks up pace and we are hopeful that we will achieve the target," the official said.

The Railways has earmarked its highest ever capital expenditure of Rs 1.48 lakh crore for the current fiscal and has also focused on capacity augmentation, electrification, station redevelopment and overall infrastructure upgradation.