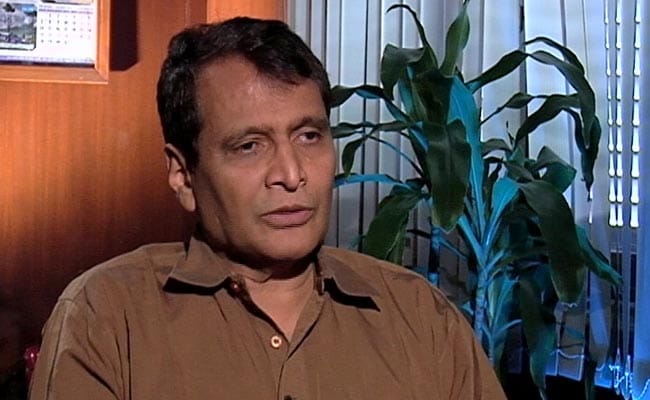 Kolkata: Railway Minister Suresh Prabhu today inaugurated a mobile-based application system introduced by Eastern Railway, R-Mitra, to ensure women's safety and said that it is an "extremely useful app" that could be used by regional railways nation-wide.

"Around 2.7 crore to 3 crore people travel in the Indian Railways system on a day-to-day basis. Different types of crimes are committed by anti-social elements," Prabhu said at the Eastern Railway headquarter in Kolkata.

"It is a big challenge to deal with crime in railway properties," the Minister said adding tracking and preventing crime was very important.

"Women's safety has become very important, they are subjected to atrocities in different places like work place, home and during travel," Mr Prabhu said.

"The basic functionality of R-Mitra (Railway Mobile Instant Tracking Response and Assistance) is to alert the nearest RPF inspector and divisional security control room in case of any emergency with the press of a button only," Eastern Railway general manager RK Gupta said.

He said that the app works both online and offline in SMS mode by using the helpline number 56161.

The Minister said, "It is a fantastic versatile system and will also act as a deterrent."

The Minister noted that the number of passengers was increasing rapidly and so the crime rate was also increasing simultaneously.

"So this application has been developed to deal with it and is by far the best so far," he said noting that the Western Railway also has a similar alert system.