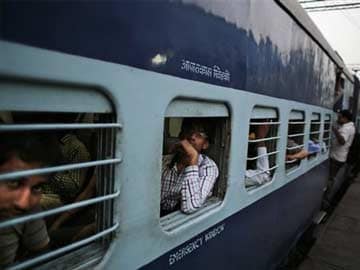 New Delhi: Defending the steep hike in rail fare and freight rates as a 'difficult but correct decision', Finance Minister Arun Jaitley today said the Railways can survive only if users pay for availing of facilities.

"The passenger services have been subsidised by the freight traffic. In recent years, even freight fares have come under pressure," he said in his first reaction to the 14.2 per cent increase in passenger fares and 6.5 per cent hike in freight rates.

Stating that the choice before the government was to allow the railways to bleed and eventually walk into a debt trap or raise fares, Jaitley said, "India must decide whether it wants a world-class Railway or a ramshackled one.

Promoted
Listen to the latest songs, only on JioSaavn.com
"The railway minister has taken a difficult but a correct decision...The Indian Railways for the last few years have been running at a loss. The only way that Railways can survive is when users pay for the facilities that they avail."