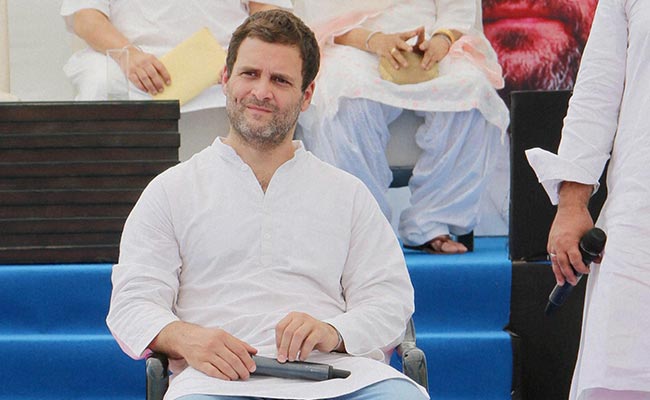 New Delhi: The official Twitter account of Congress vice president Rahul Gandhi was hacked this evening and multiple abusive tweets were posted on it.

Eight tweets were posted in quick succession around 8:30 pm. One of the hacked posts read "My family is a bunch of corrupt....(expletives) retarded... (expletives)".

The tweets were deleted in about an hour, but new ones came up immediately after that.

The hackers have also removed Mr Gandhi's profile picture and changed the title of the account from @OfficeOfRG to an abusive one.

The account has now been restored and all objectionable tweets have been removed.