The Congress has repeatedly questioned PM Modi for not holding a press conference since he became the Prime Minister in 2014. 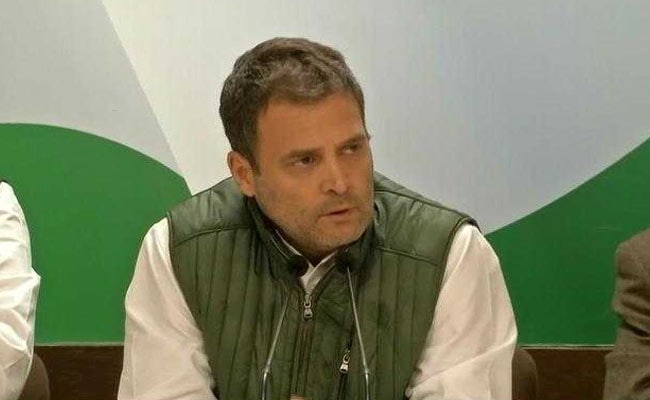 Congress chief Rahul Gandhi today tweeted a jibe at Prime Minister Narendra Modi, who allegedly dodged a question from a BJP worker about the government's taxation policy for the middle class. The exchange took place during one of PM Modi's regular video interactions with the party workers through the NaMo app.

During the interaction on December 19, Nirmal Kumar Jain, a BJP worker, had asked the Prime Minister why his government was busy collecting various taxes from the middle class but not providing them any relief in terms of Income Tax or easing the procedures for securing loans, reported news agency Press Trust of India.

He also specifically urged the Prime Minister to take care of the middle class.

PM Modi responded, "Thank you, Nirmal-ji. You are a trader, so it's normal that you will talk business. I favour taking care of common people and the common people will be taken care of," PTI reported.

The Congress has repeatedly questioned PM Modi for not holding a press conference since he became the Prime Minister in 2014.

"People say I was a silent Prime Minister. But I wasn't the Prime Minister who was afraid of talking to the press. I met the press regularly, and after every foreign trip I undertook, I gave a press conference," Mr Singh said on the sidelines of an event held to release his book Changing India.