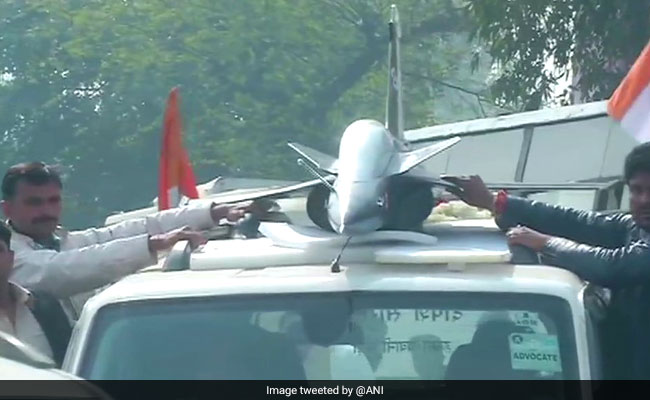 Models of the Rafale fighter jet were carried by the youth wing of the Congress party, as its nationwide 'Yuva Kranti Yatra', concluded in Delhi today. Youth Congress workers raised slogans against the central government as their rally crossed the Delhi-Noida border, with models of the Rafale jet. The alleged irregularities over the Rafale deal is a major poll plank for the Congress in the upcoming Lok Sabha elections.

The youth Congress' nation-wide public outreach campaign 'Yuva Kranti Yatra' covered 25 states in about a month-and-a-half, during which the party raised alleged "failures" of the Narendra Modi government in the last four and a half years. 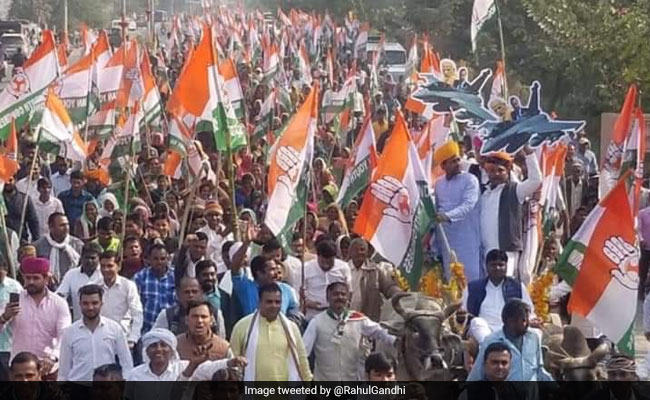 Taking to Twitter, Congress chief Rahul Gandhi, yesterday, congratulated his party's youth workers for covering a distance of 22,000 km, to take the message of the party to the people. During the yatra the Congress raised Rafale, unemployment, farm crisis, education and corruption among others issues at local 'nukkad' meetings.

The Congress and other Opposition parties have accused the central government of paying much higher price for the Rafale aircraft and that Anil Ambani's Reliance Defence was chosen as the offset partner because of BJP.

"Nothing is going to save the PM from Rafale. The evidence is open and shut," Rahul Gandhi had alleged after the Supreme Court, earlier this month, had reinstated Alok Verma as CBI chief. Mr Verma was, however, shunted out by a PM-led panel just two days after he was reinstated. The Congress chief alleged that the centre's action on Mr Verma was directly linked to the Rafale issue as he was about to initiate a probe.