3 Rafale Aircraft Handed Over To India So Far: Centre In Parliament

The planes are being used for training Indian Air Force (IAF) pilots and technicians in France, it said in a written reply in Lok Sabha. 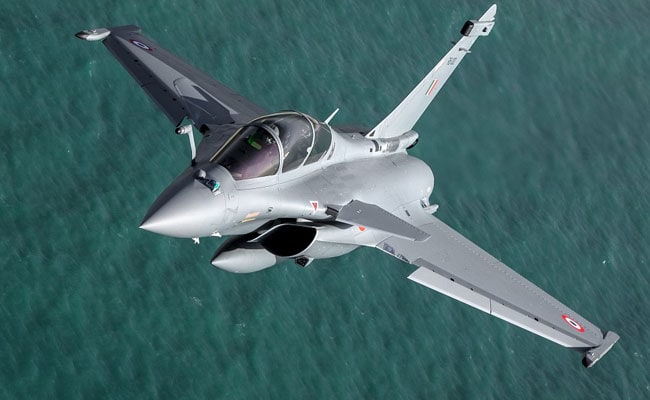 Aviation firm Dassault has handed over three Rafale fighters to India so far, the centre said in the Lok Sabha on Wednesday. However, it clarified that they are still being kept in France as part of a training programme for Indian Air Force pilots and technicians.

"Three Rafale fighter aircraft have been handed over to the Indian Air Force (IAF) till date which are being used for training of IAF pilots and technicians in France," Minister of State for Defence Shripad Naik said in reply to a question in Lok Sabha.

Under the Rs 59,000 crore Rafale jet deal, out of the 36 Rafale jets, the first batch of four aircraft is expected to arrive in India in May next year. The rest of the planes will arrive by September 2022.

The first Rafale aircraft, RB-001, was handed over by France to India last month. Defence Minister Rajnath Singh had gone on a three-day tour to France to take part in the handover event at a facility of Dassault Aviation in the Merignac area of Bordeaux, around 590 km from Paris.

After having performed a pooja, Mr Singh had taken a 20-minute sortie in the aircraft. A French pilot had flown the customised aircraft with tail number RB-001, named after IAF chief Rakesh Kumar Singh Bhadauria.

In his reply in Lok Sabha today, Mr Naik did not specify when the other two aircraft were handed over to India, news agency PTI reported.

Mr Naik added the price of the jets was 2.86 per cent lower than the rates finalised during negotiations for procurement.

The Congress has been alleging that the price of the aircraft has been inflated from Rs 526 crore per unit to Rs 1,670 crore, a charge vehemently denied by the centre.

"The performance audit report of CAG on capital acquisition in IAF presented in parliament on February 13 has brought out that the entire package price of 36 Rafale procurement is 2.86 per cent lower than the audit aligned price compared to MMRCA process," Mr Naik said.

Mr Naik also said the Indian government has not recommended any company for making the jets in India.

The Supreme Court last week rejected requests to review its clean chit to the government in the Rafale fighter jet deal, saying there was no need for a "roving inquiry" into the case.