BJP Spokesperson Sudhanshu Trivedi accused the Congress of speaking in the same tone as Pakistan speaks to target PM Modi and his government. 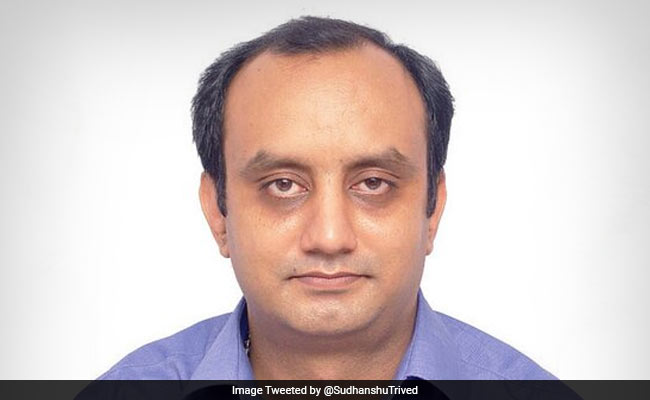 The Rafale fighter jets are being brought to attack Pakistan but the Congress was trying to give a "weapon" in Islamabad's hands by questioning the deal, the BJP said on Monday.

Addressing a press conference at the party headquarters, BJP Spokesperson Sudhanshu Trivedi accused the Congress of speaking in the same tone as Pakistan speaks to target Prime Minister Narendra Modi and his government.

"Whatever India has spoken in United Nations, Pakistan has always protested. But it is unfortunate that a senior Congress leader is openly condemning statement of Sushma Swaraj ji (External Affairs Minister). This is not only against the established Indian traditions but also sounding in tune with Pakistan. Shashi Tharoor, who used the term Hindu Pakistan earlier, seems to be standing with Pakistan," he said.

His remarks came in the wake of Congress leader Shashi Tharoor's criticism of Sushma Swaraj's speech at the United Nations General Assembly, saying the Pakistan bashing was aimed at the voters of the Bharatiya Janata Party.

"We want answers from Congress. He (Tharoor) should apologize to the nation for his negative statement," he said.

Mr Trivedi said if it would have been an isolated incident then it could have considered in a different way. "But since sometimes back, incidents took place one after the other where the Congress and Pakistan's intent, language and style appears to be on same page," he said.

He also hit out at Congress saying Mahatma Gandhi was called Father of Nation, not father of Congress party.

"Rahul's Congress has lost the moral rights to be called the Congress of Mahatma Gandhi. The Congress' thinking has got degenerated," he said.

The BJP leader also took a dig at Rahul Gandhi, saying his entire projection of being a Shiv Bhakt was a farce.

"A news has come that in Prayag three Congress workers have been expelled from the party for raising slogans of 'Har Har Mahadev' and 'Bam Bam Bhole'. It means Rahul Gandhi's entire projection of being a Shiv Bhakt was a farce.

"Rahul Gandhi from Mansarovar to Prayagraj has shown his real colour and he has been transformed from the so-called Shiv Bhakt to a hypocrite," he said.