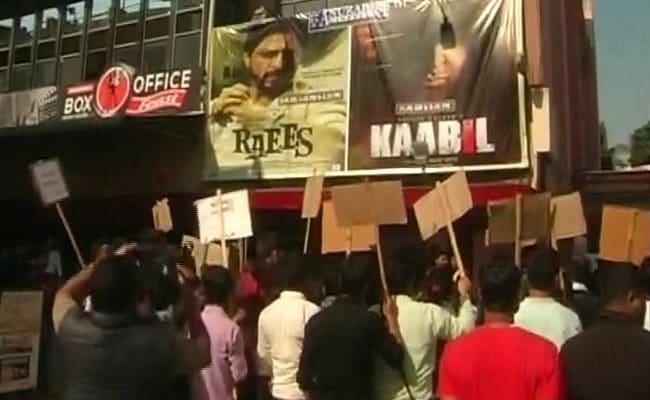 Guwahati: A huge protest has started in Assam after an Assamese movie was asked to make way for the much awaited release of Shah Rukh Khan starrer Raees and Hritik Roshan's Kaabil. Not only did the civil society hit the streets in protest - demanding that theatre owners stop discriminating against local films for profits - they found an unlikely ally in the underground terror groups like Ulfa.

The crowd-funded political satire Shakira Ahibo Bakultolor Bihuloi -- what happens after Waka Waka singer Shakira decided to come to town -- was doing well at the box office after its release on Friday. But after the theatre owners decided to shunt it out, director Himanghshu Prasad Das wrote an open letter to Ulfa chief Paresh Barua. As the post went viral within hours, underground terror groups issued a diktat against Raees and Kaabil.

"Ulfa is a underground group we know, yet we thought to write an open letter and make them aware since everyone has to be concerned about this situation... it is not a question of one Assamese movie. Tomorrow it might happen to yet another regional movie," Mr Das told NDTV.

Theatre owners disagree. "Everybody knows about the big releases of Raees and Kabil. Even these Assamese producers were aware that the Assamese movie would be screened only for five days. We had told them that if the film does well, we would resume screening after a week," said Chinmoy Sarma, the proprietor of Annuradha Cineplex, one of the biggest halls in Guwahati.

Movie goers, however, were not convinced. Many civil society groups started protests across the state against the decision to pull out the Assamese movie.

"This movie remained only for five days, whereas films from Bollywood or Hollywood are screened for three weeks. We are very sad about this discrimination... the owners only want to make profits," said Borshita Kashyap, one of the protesters.

Promoted
Listen to the latest songs, only on JioSaavn.com
"If Assamese movies don't get importance within Assam, how would they do well nationally or in international arena?" questioned another protester, Sangita Saikia Dutta.

After the protests, it has been decided to screen the movie in some of the theatres.