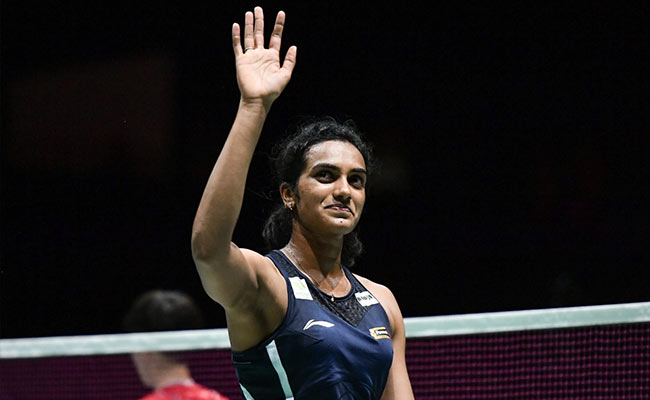 As PV Sindhu became the first Indian to win the Badminton World Championships on Sunday, leaders from across the country congratulated the fifth-seeded shuttler for her historic win.

President Ram Nath Kovind said PV Sindhu's victory was a "proud moment" for India and praised her hard work and perseverance. "Congratulations @Pvsindhu1 for winning the BWF World Championship. This is a proud moment for the entire country. Your magic on the court, hardwork and perseverance enthralls and inspires millions. Best wishes World Champion for all your future battles," he tweet.

Prime Minister Narendra Modi, who is currently on a foreign visit, too congratulated PV Sindhu for her performance against Japan's Nozomi Okuhara. "The stupendously talented @Pvsindhu1 makes India proud again! Congratulations to her for winning the Gold at the BWF World Championships. The passion and dedication with which she's pursued badminton is inspiring. PV Sindhu's success will inspire generations of players," he tweeted.

You have made the entire nation proud with your incredible achievement.#BWFWorldChampionships

Vice President Venkaiah Naidu's office also applauded PV Sindhu's performance and said that the nation is proud of her achievement.

Andhra Pradesh Chief Minister Jagan Mohan Reddy praised the Rio Olympics silver medallist for dominating the game "from the start". He tweeted: "Historical Victory! Congratulations @Pvsindhu1 for becoming the first Indian to win the gold medal at #BWFWorldChampionships. Dominated right from the start and finished like a true champion." 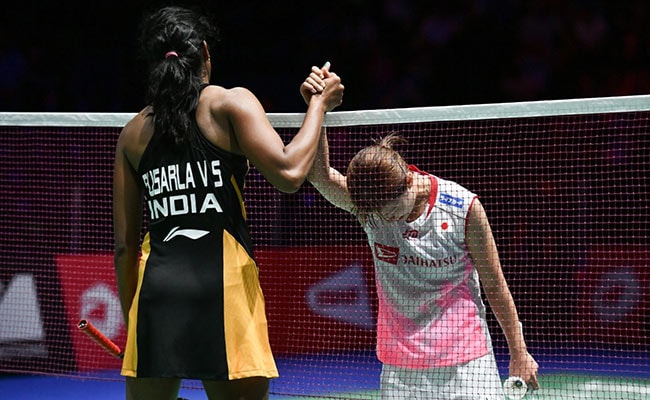 Congratulations to @Pvsindhu1 on becoming the first Indian to win the #BWFWorldChampionships. You make every Indian proud. Keep winning

The entire nation today celebrates as #PVSindhu creates history by becoming the FIRST INDIAN to win GOLD????at #BWFWorldChampionships. We are overjoyed and thrilled @Pvsindhu1! Congratulations our Golden Girl! pic.twitter.com/fUY25Hdotn

PV Sindhu defeated Japan's Nozomi Okuhara 21-7, 21-7 to win a gold medal in the World Championships 2019. She completely took control of the match from the opening game where she went on to score eight consecutive points. In the second game, she continued on the momentum and won the match with ease.