In the video, the singer is seen using an assault rifle in front of police officers who were allegedly deputed at the range by Sangrur DSP (Headquarters) Daljit Singh Virk. 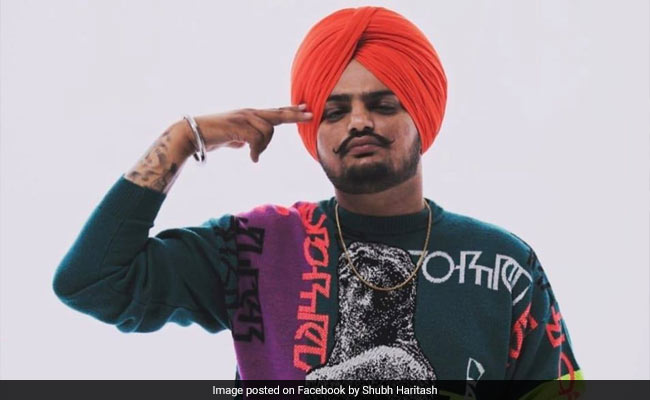 A controversial Punjabi singer, Sidhu Moosewala, who is already facing charges for promoting gun culture, was charged again today after a video of him shooting at a firing range was widely shared on social media amid the nationwide lockdown. The incident took place in front of five cops, in an embarrassing situation for Punjab police.

In the video, the singer is seen using an assault rifle in front of police officers who were allegedly deputed at the range by Sangrur DSP (Headquarters) Daljit Singh Virk.

The five police officers have been charged along with three others who were at the gun range in Sangrur's Badbar village. Punjab DGP Dinkar Gupta ordered for immediate suspension of the DSP for delinquency on duty. Departmental inquiry will be initiated against Mr Virk, a police spokesperson said.

A criminal case under Section 188 of the IPC and Section 51 of the Disaster Management Act has been registered against the accused.

Earlier this year, Sidhu Moosewala and another singer Mankirt Aulakh were charged for allegedly promoting violence and gun culture in a song uploaded on social media.

Punjab Chief Minister Amarinder Singh had expressed concern over the propagation of violence and gun culture in Punjabi songs.

The chief minister had reiterated his government's commitment not to show any sort of complacency towards singers promoting violence or drugs through songs.

The Punjab DGP has also been directed to ensure that no songs glorifying liquor, drugs and violence are played in the live shows.

Sidhu Moosewala's another controversial song defaming NRIs for spreading coronavirus was shared and later deleted by the Punjab DGP.