Suspicious of their behaviour, the agricultural businessman overpowered and disarmed one of the accused who had pulled out a gun on being asked for his ID card. 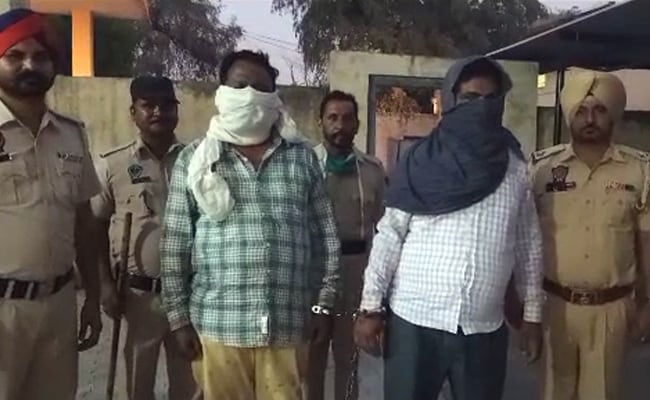 Four men tried to rob a

An armed loot bid was foiled in Punjab after an agricultural businessman overpowered and captured two of the four men who had come to "search" his house posing as CBI officers. Businessman Tarsem Lal suffered minor injuries while trying to snatch the gun from one of the imposters, the police said.

Two other accomplices, who were waiting outside Tarsem Lal's house in Ferozpur district, managed to run away, the police said.

"We will interrogate those under arrest to ascertain their network and the number of houses they have robbed in this manner," DSP Ravinder Singh said.

According to the information shared by the police, the man who posed to be a CBI officer has been identified as Rajinder Kumar, and his accomplices have only been identified by their first names as Kamlesh, Bheem and Ravi.

"Accused Kumar claimed he an officer with the Central Bureau of Investigation and wanted to search Tarsem Lal's house, which is in the border city of Guruahrsahai. When Mr Lal became suspicious of their behaviour he asked for their ID cards. This is when Kumar pulled out a gun. Mr Lal overpowered him and raised an alarm after which his neighbours rushed to help," officer Singh said.