Congress MLA Sukhpal Singh Khaira questioned the need for Punjab to extend the security cover when Arvind Kejriwal had already been provided Z plus security by the Centre. 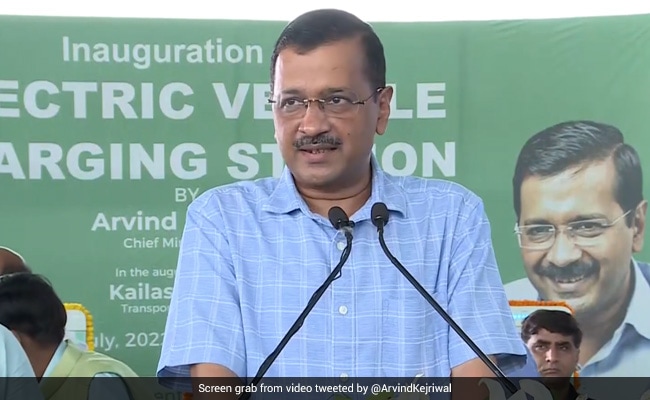 The Congress MLA demanded the withdrawal of the security cover given to Arvind Kejriwal. (File)

The Punjab Police has denied a claim made by Congress MLA Sukhpal Singh Khaira that AAP chief and Delhi Chief Minister Arvind Kejriwal had been given "Z Plus Security" by the Punjab government.

Mr Khaira, who is All India Kisan Congress president, cited a list of protected persons but a Punjab Police spokesperson asserted that the document circulated in a section of the media was not an official one.

An official spokesman of the Punjab Police said that the document cited by Mr Khaira while making the claim is a part of a writ petition filed by the former Deputy Chief Minister OP Soni in the Punjab and Haryana High Court.

"The documents cited by the Congress leader are in no way the official documents of Punjab Police," said the police spokesperson, adding that it "clearly shows that it is a typed document and there are no signatures, initials, official stamps or official authentication anywhere in the document. It appears that this list has been typed by the petitioner and attached to the writ petition."

The Congress leader had questioned the need for the Punjab government to extend the top security cover to Delhi Chief Minister Arvind Kejriwal when he had already been provided Z-Plus security by the Centre.

Addressing the media in Chandigarh, Mr Khaira had claimed that Mr Kejriwal has been given the Z-Plus security cover of the Punjab Police.

Mr Khaira had claimed that the Punjab Police commandos had been stationed at the Kapurthala House in Delhi, the official residence of the Punjab Chief Minister.

He demanded that Chief Minister Bhagwant Mann withdraw the security provided to the AAP national convener by the state government.