Jagdeep Kamboj was a ticket aspirant for Jalalabad seat from where the Congress has fielded former state Youth Congress chief Raminder Awla. 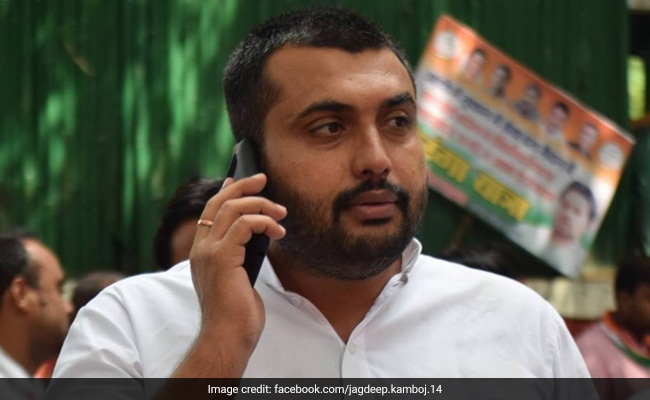 Upset over the denial of a Congress ticket from the Jalalabad assembly segment in Punjab, Jagdeep Kamboj on Friday filed nomination papers as Independent.

Mr Kamboj was a ticket aspirant for Jalalabad seat from where the Congress has fielded former state Youth Congress chief Raminder Awla.

"I have filed nomination papers as Independent for contesting from Jalalabad seat," Mr Kamboj said.

"I will withdraw nomination papers only if Congress withdraws ticket from Awla and gives it to me. Otherwise I will fight as Independent," he said.

He said he has worked for the people of the constituency and it is his right to fight the election from there.

Referring to Punjab Congress chief Sunil Jakhar, Kamboj said he would not tolerate "gifting" his right to anyone by a senior Congress leader.

He said that the party had given the ticket to an "outsider". "Even one per cent people of this segment do not know him (Awla)," Mr Kamboj said, adding that he had been nurturing the constituency for the last 12 years.

Mr Kamboj was a ticket aspirant in 2017 assembly polls too and at that time, Congress had fielded Ravneet Singh Bittu.

After Congress announced Raminder Awla as candidate for Jalalabad seat on September 23, Mr Kamboj had resigned from Congress party's membership and also from the post of the national secretary of the Youth Congress.

Bypolls to four vacant assembly seats -- Phagwara, Jalalabad, Dakha and Mukerian -- would be held on October 21.