The agenda, is centred around citizen welfare through a holistic focus on overarching development of the state, an official statement said. 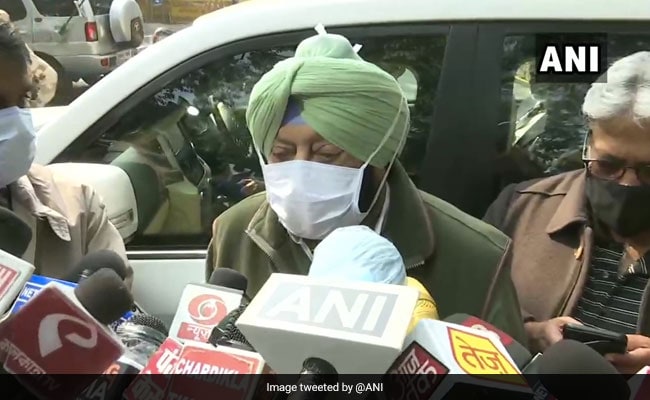 The Chief Minister directed all ministries, departments to proactively to push for 7-point Agenda 2022

Punjab Chief Minister Amarinder Singh on Sunday directed all state departments to move aggressively for the realisation of the 7-point "Agenda 2022" unveiled by him recently.

The agenda, aimed at ensuring total protection of people and their properties in an environment of peaceful co-existence conducive to saving the lives and livelihood of all Punjabis against all odds, is centred around citizen welfare through a holistic focus on overarching development of the state, an official statement said.

The overarching goal of the agenda is to ensure the development of a "Kaamyab & Kushal Punjab", it said.

"With a record-breaking 84.6 per cent of the manifesto commitments already accomplished and the promise of fulfilling the remaining in the next one year, the Chief Minister directed all ministries and departments to move aggressively and proactively to push for the realisation of the 7-point Agenda 2022," the statement said.

The futuristic agenda is designed to meet the aspirations of the people of Punjab, Mr Singh had announced in the Vidhan Sabha on Friday.

The Punjab assembly polls are due for early next year.