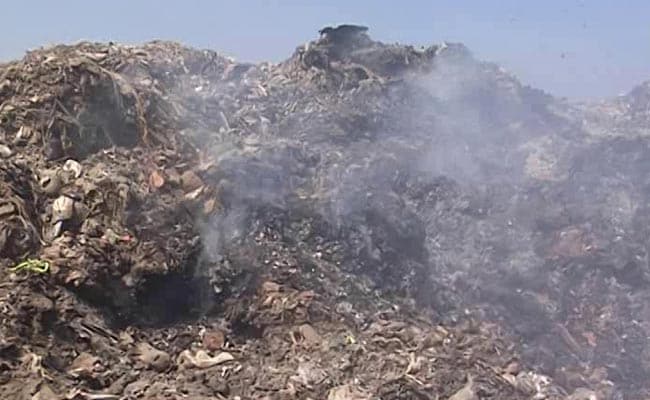 S Karuna Raju said some plastics are Poly Vinyl Chloride based which produces emissions on burning.

Punjab Chief Electoral Officer S Karuna Raju has asked all the political parties to use eco-friendly material for campaigning during  Lok Sabha elections as per directions of Election Commission of India and Kerala high court's decision.

In a statement, Mr Raju said the Ministry of Environment, Forest and Climate Change had approached the Commission with the request for directing political parties to print out all concerned in eco-friendly material.

"A lot of the campaigning material including posters, cut-outs, hoardings, banners, political advertisements and others are made of plastic material which becomes waste after the elections", he said. He added that single-use plastic waste generated during the campaign causes choking of drainage, ingestion by stray animals, land and water pollution thereby causing adverse impact on human health and environment.

The CEO said that some of these plastics are Poly Vinyl Chloride (PVC) based, which produces emissions on burning.

A number of alternates like compostable bags, natural fabrics, recycled paper and other material can be used during the campaign which has a lesser environmental impact needs to be promoted.

The sustainable and environmentally friendly management practices in the the upcoming Lok Sabha elections have given an excellent opportunity to bring a revolutionary change in the election campaign by promoting such sustainable practices.

Dr Raju urged all political parties to take adequate steps and measures to not utilise single-use plastic as campaign materials (posters, banners, etc.) during the elections in the interest of human health and environment.

He said the Kerala High Court has directed all candidates and the National and State Political Parties must adhere to the aforementioned guidelines of the Election Commission Ministry of Environment, Forest and Climate Change so that only the eco-friendly materials are used during the election campaign and there is no use of PVC flex boards and other such bio-degradable materials as campaign material, in the State of Kerala.

All election authorities to apprise political parties about the order of the Kerala High Court.