At least 24 vehicles were damaged as a truck crash led to a 48-vehicle pile-up on the Mumbai-Bengaluru highway stretch. 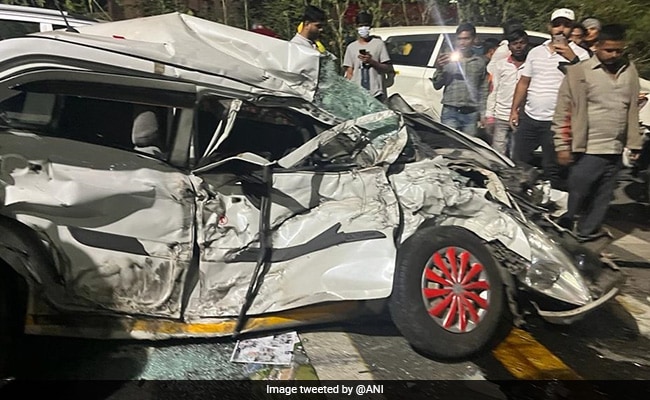 Two people, including the truck's driver, were arrested after the accident.

The Pune truck crash on Sunday, which led to a massive pile-up of vehicles on the Mumbai-Bengaluru highway, was caused due to its driver switching off its engine on a bridge slope, said police. Two people, including the truck's driver, were arrested after the incident.

The truck had hit several vehicles on the Navale bridge slope in Pune on Sunday. At least 24 vehicles were damaged as the accident led to a 48-vehicle pile-up on the highway stretch. Besides, at least 30 people were injured and several of them had to be hospitalized.

The police have registered a case under relevant sections of the Indian Penal Code and the Motor Vehicles Act, cops said.

A preliminary probe by the transport office indicates that the driver might have switched off the truck's engine on the slope, said Sunil Pawar, Assistant Commissioner of Police. Switching off the engine affects the braking ability of a vehicle and that's why the truck might have crashed into vehicles on the slope, he added.

The truck, from Tamil Nadu, was heavily loaded, said police.

It had first rammed into some vehicles that went further hitting other vehicles on their way, leading to the pile-up, said a man whose car was damaged.

Meanwhile, police and civic officials, and officials from the National Highway Authority of India met yesterday to chalk out measures to prevent such accidents in the future.

City police commissioner Amitabh Gupta said accident figures had dipped in the last six months, but after Sunday's incident, the officials discussed whether to implement more measures on the spot, such as reducing road gradient on the stretch and putting rumblers (grooves or indents).

Since 2018, at least 31 people have died in 108 accidents on two adjacent patches on the Navale Road, according to Pune Police data.